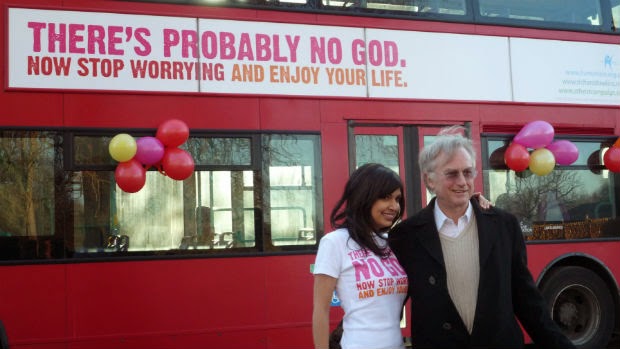 As mentioned before, I’ve repeatedly found inspiration in Richard Dawkins, despite an important difference between us: he’s a devout atheist, and I’m a devout theist. He argues cogently that complex life must have simpler antecedents, and he vigorously attacks contrary theist positions. I agree with him. Interestingly, however, to illustrate the strength of his position, he sometimes appeals to the possibility of precisely the kind of God in which I put my trust: evolving Gods.

Here’s an example of Dawkins appealing to the possibility of evolving Gods, from his most (in)famous book, “The God Delusion”:

“Whether we ever get to know them or not, there are very probably alien civilizations that are superhuman, to the point of being god-like in ways that exceed anything a theologian could possibly imagine. Their technical achievements would seem as supernatural to us as ours would seem to a Dark Age peasant transported to the twenty-first century. Imagine his response to a laptop computer, a mobile telephone, a hydrogen bomb or a jumbo jet. As Arthur C Clarke put it, in his Third Law: ‘Any sufficiently advanced technology is indistinguishable from magic.’ The miracles wrought by our technology would have seemed to the ancients no less remarkable than the tales of Moses parting the waters, or Jesus walking upon them. The aliens of our SETI signal would be to us like gods … In what sense, then, would the most advanced SETI aliens not be gods? In what sense would they be superhuman but not supernatural? In a very important sense, which goes to the heart of this book. The crucial difference between gods and god-like extraterrestrials lies not in their properties but in their provenance. Entities that are complex enough to be intelligent are products of an evolutionary process. No matter how god-like they may seem when we encounter them, they didn’t start that way. Science-fiction authors … have even suggested (and I cannot think how to disprove it) that we live in a computer simulation, set up by some vastly superior civilization. But the simulators themselves would have to come from somewhere. The laws of probability forbid all notions of their spontaneously appearing without simpler antecedents. They probably owe their existence to a (perhaps unfamiliar) version of Darwinian evolution …”

Here’s another example of Dawkins appealing to the possibility of evolving Gods, in a recording from a speaking engagement with the American Atheists (the title of the video is simply incorrect):

As these examples illustrate, Dawkins, one of the world’s greatest evolutionary biologists, acknowledges the possibility of evolving Gods. He calls them “god-like extraterrestrials” because he assumes, as do many theists, that evolving beings cannot qualify as Gods. I don’t share their assumption. To the contrary, the only God I’ve ever cared about, reflecting the God my parents taught me about when I was a child, is a changing and progressing God, exemplifying our own potential as changing and progressing beings. Moreover, even if non-evolving god-like beings were to exist (which I reject, along with Dawkins) then I wouldn’t assent to their Godhood. Wilford Woodruff, an early Mormon prophet, expressed the sentiment well:

“If there was a point where man in his progression could not proceed any further, the very idea would throw a gloom over every intelligent and reflecting mind. God himself is increasing and progressing in knowledge, power, and dominion, and will do so, worlds without end. It is just so with us.”

Gods evolve, worlds without end, and it is just so with us. In fact, that’s precisely the point: this is primarily about us. God always has been and is at least a posthuman projection: humanity evolving beyond itself, with increasing intentionality.