Transhumanist Stories for the Child in Each of Us 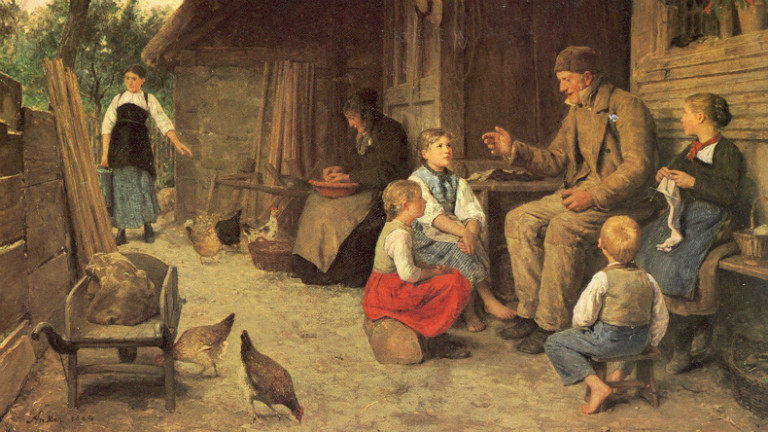 In her article entitled “Transhumanism and Children”, Nikki Olson touches on the greatest weakness of secular transhumanism: poor esthetics. As Nikki rightly points out, children may find it difficult to understand or care much for transhumanist ideas because the ideas tend to be delivered with weak or absent story.

The problem also extends to adults, most of whom react with similar confusion or apathy, and some of whom even react with hostility when exposed to transhumanist ideas. As children need the meaning that comes from story, so do adults. It is not something we grow out of. We need a guiding esthetic, or as expressed in some religions: a guiding spirit.

I feel fortunate to have been raised by parents who, in conjunction with our Mormon religion, provided me with an eternal story.

It began before the beginning, when persons like us progressed in love and power sufficient to begin organizing spirit children. You and I were among these children. Our spirit parents presented us with an opportunity to become like them. Although there would be real risks, we accepted the offer.

In a new world, we were embodied. The first humans gained moral agency and, with their descendants, experienced misery and joy as we sought to fill the measure of our creation. From time to time, teachers helped us better understand how to progress. In particular, Jesus encouraged us to love each other and inspired us with power over death.

Although all have suffered and died, a day of change is coming. The living will stop dying, the dead will return to life, and together we will live in a world of abundance. Most importantly, we are invited to participate in the work to make this all happen, and in so doing become like our spirit parents.

This story has shaped my worldview so deeply that, as I sometimes joke to friends, I’ve become irredeemably Mormon.

It’s not so much the specifics of an esthetic as it is the general form and movement that matter most. The details here and there may not yet be quite right, but an esthetic can reflect true and living religion – a monomyth or a perennial philosophy, calling to, reaching out for and shaping each of us.

Perhaps it’s because of deep commonalities in our anatomy and environment. Whatever the reason, we yearn to live the story, discovering and joining its heroes to the extent they already exist, and creating and becoming them to the extent they don’t yet exist. Our story is our hope. We trust in it. It is meaning. Take it away, and nothing remains.

Like everything else, transhumanism matters and will matter only to the extent that it is part of our story.