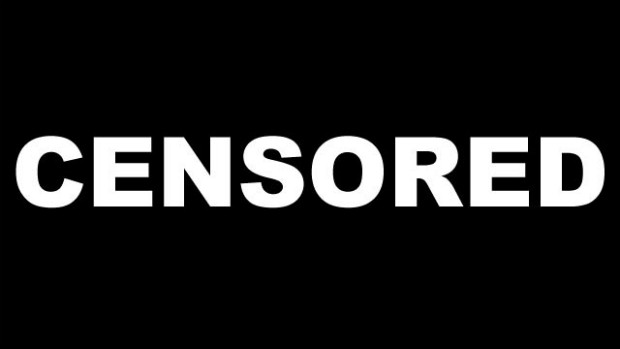 [3 January 2012 11:48pm - If I were to write this post again now, it would be titled and focused differently. As I’ve reviewed and discussed with others the posts and comments exchanged between BCC and me, and as I’ve considered subsequent claims by BCC, I’ve become persuaded that BCC chose to ban me more because of the timing and tone of my comments than because of their content. By this, I do not mean that I now agree with the ban. To the contrary, my surprise has only shifted, from an apparent ideological disagreement with BCC, to the hypocrisy of BCC employing ridicule and taunts while banning me for expressing an idea at a time and with a tone that “some folks didn’t like”. In any case, this post will remain in place, to document communication and clarification after the ban. Hopefully this note will resolve concerns that I misrepresented BCC before it communicated a reason for the ban.]

“By Common Consent” is a Mormon blog that has banned persons from affirming that faith in deification is essential to Mormonism. Fundamentalists rejoice! You’ve scared the Mormonism right out of some of us.

“‘Do Mormons believe they can become Gods’ is a question that requires much more than a yes or no answer, to be sure. If members of the Church are reluctant to answer with a simple ‘yes’ or ‘no’, they seem to be trying to hide something, or to be unversed on the subject.”

These introductory sentences downplay faith in deification. There’s no affirmation, simple or nuanced. There’s only noncommittal rhetoric that earns (while ironically acknowledging) the criticism it receives: charges of deception or ignorance. In this case, the charge should be ignorance, not in any doctrinal sense, but in an unintentional sense that arises from insufficient editing. To illustrate, here’s a simple edit that would decrease the likelihood that a reader would understand BHodges to be downplaying Mormon faith in deification:

“Do Mormons believe they can become Gods” is a question that often requires much more than a yes, to be sure. If members of the Church are reluctant to answer with a simple “yes”, they seem to be trying to hide something, or to be unversed on the subject.

When I read BHodges analysis, I agreed with it, but I didn’t like how he introduced it. So I expressed my concern by affirming Mormon faith in deification and by challenging other self-identifying Mormons as follows:

“Do Mormons believe humans can and should become God? Yes. If you don’t then you’re about as Mormon as a fundamentalist or an atheist.”

One of the blog regulars, J Stapley, expressed his disagreement, ironically, through repeated appeals to ridicule. When he finally got around to expressing his disagreement otherwise, it turned out he thought I would “excommunicate” self-identifying Mormons that don’t affirm faith in deification. I explained that I’m not interested in excommunicating anyone. To the contrary, to avoid a vacuous “Mormonism” that means everything and nothing, and to avoid a dogmatic “Mormonism” that’s too inflexible to survive, I’m interested in communicating positions and reasons among Mormons, perhaps most particularly when we don’t like what each other has to say.

Another apparent regular, Ray, reminded everyone that I wasn’t focusing on the main point of the analysis. He was right, of course, but there’s also some irony here. The analysis would persuade us that Mormons don’t downplay faith in deification, but the defenders of the analysis apparently don’t want such faith affirmed!

Another, Sonny, wondered whether I had previously been banned from commenting on the blog because he didn’t like my attitude. I hadn’t been, but the comment made me wonder whether others had been banned for making comments like mine, so I requested that I be banned if that were the case. Within 90 minutes, Steve Evans confirmed by banning me, apparently thinking it funny.

With my fellows, banned “By Common Consent” from affirming our faith in deification, I wonder, “Are we still Gods in embryo?”

[Here is a transcript of the Twitter conversation that ensued between the BCC administrator (Steve Evans?) and me after the ban. It underscores the irony that he banned me for relatively subtle “tone” while he employed quite overt ridicule.

Lincoln: today I was banned @bycommonconsent for affirming faith in deification is essential to Mormonism

BCC: @LincolnCannon Nice try! Sadly, you were banned for daring an admin to ban you. Careful what you ask for!

BCC: @LincolnCannon after reading your little rant on yer blog, accusations of “intentional misrepresentation” from you don’t mean much.

BCC: @LincolnCannon nevertheless, u r right–you didn’t “dare” an admin to ban u. You just acted snotty, so we used ur request as an excuse.

BCC: @LincolnCannon never underestimate how much we may not know about how we’ve mis….oh this is a very boring conversation. G’night!

Carl: @ByCommonConsent I agree with @LincolnCannon that you are intentionally misrepresenting his position. I expected better from you.

BCC: @cayblood @lincolncannon to Carl, He says on FB Twitter & blog that he was banned 4 his views. 100% false. He was banned 4 being obnoxious.

Lincoln: @ByCommonConsent will you clarify? was my original statement obnoxious, or was it when I pointed out that you were ridiculing me?

BCC: @LincolnCannon your original point was a threadjack. You perpetuated the threadjack again and again. That is obnoxious.

BCC: @LincolnCannon U hit the bottom when u grabbed the martyrphone and said, “If [what I am doing is wrong, I don’t wanna be right!]”

Lincoln: you’re misrepresenting me again - my point was that if what @ByCommonConsent is doing is wrong, I don’t want to be involved

BCC: @LincolnCannon “I don’t wanna be right…” “Gonna take my ball & go home…” “Then ban me…” all the same thing. Your own words betray u.

BCC: @LincolnCannon again: by shouting on FB/Twit/blog that u were banned 4 reasons unrelated to why u got banned, ur accusations of misrep fail

Lincoln: @ByCommonConsent I’ve tried to be transparent, adding updates to the blog post to ensure I’m not misrepresenting you

BCC: @LincolnCannon well, since the first paragraph is still entirely false, you have a ways to go!

BCC: @LincolnCannon Want to be transparent? Try this: “I acted in a way some folks didn’t like and got banned for it.” Followed by…

BCC: @LincolnCannon “I don’t like their banning so I threw a fit & went martyr on Webz to say it was because of my beliefs, but that isn’t true.”

Lincoln: @ByCommonConsent should I clarify that I was banned because it’s obnoxious to point out irony in a purported apologetic for deification?

BCC: @LincolnCannon No, you should point out that you were banned for thread jacking, arguing with the site’s owner, and then playing martyr.

Lincoln: @ByCommonConsent I’ve added all the information you’ve requested, and responded with my perspective]