Thoughts for a Mormon Friend in Religious Crisis 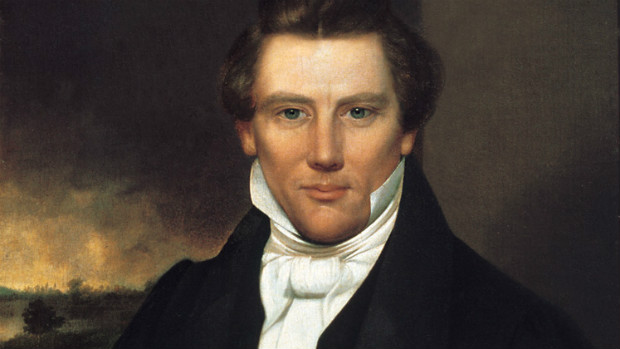 A friend (who knows I’m writing this, but whose name will remain undisclosed) approached me today with a list of questions, reflecting a crisis of religious disillusionment. Like me, my friend is a Mormon, which brought us together.

I explained I’m not much of an apologist. I value my religion, but I’m not inclined to evade or minimize acknowledgement of weakness in my religion. My friend told me that’s fine because apologetics were only contributing to the crisis.

In that context, I shared some thoughts, and said I’d write more on my blog because it might be helpful to others too. Below are my friend’s questions and my brief responses.

“1. Is the Book of Abraham an accurate translation from an Egyptian Papyrus obtained by Jospeh Smith?”

I don’t think so. Expert consensus is that the Book of Abraham is not an accurate translation of any papyrus publicly available. Some have suggested that the book may be an accurate translation of a lost portion of papyrus, but their arguments have not persuaded me. I’m open to the idea that Joseph Smith may have sincerely and mistakenly believed that he was producing a translation of the papyrus in his possession. In any case, I do revere the Book of Abraham as scripture because of how its stories and ideas have influenced me and others (I particularly love how it uses the plural “gods” in the creation account). Whether those stories and ideas accurately reflect ancient history (which theoretically they could even if they aren’t an accurate translation of any papyrus ever in Joseph Smith’s possession) is highly interesting to me, but also not a strong criteria in my judgment as to their value as scripture.

“2. Is there more than one (multiple) recorded versions of the ‘ﬁrst vision’ that differ significantly?”

Yes. There are several recorded versions of Joseph Smith’s first vision, and they do differ significantly. I’ve actually collected eight versions, and I’m sure there are more. Most weren’t written by Joseph himself, but rather by scribes or others that had heard about the vision; and none appears to have been written sooner than about a dozen years after the vision was supposed to have happened. Even among those that Joseph helped write or approved, there are significant differences. Some suggest that the differences reflect limitations of memory or an inclination to elaboration. Of course, others suggest Joseph Smith made up the vision entirely. I wasn’t there, of course, and even if I had been, I suspect I wouldn’t have been able to say for sure what Joseph experienced. He says he found himself on his back when the vision ended, and we read in the Book of Mormon that visions and dreams are the same thing. I’m comfortable with the implied explanation: Joseph Smith had a dream of God, and his accounts reflect the nature of dreams. It also wouldn’t surprise me if he chose to elaborate on his experience.

“3. Did Joseph Smith have over 30 wives, some very young (teenagers), and some already married to living men?”

Yes. Joseph Smith appears to have married over 30 women, including teenagers and women married to other living men (thus, polyandry in addition to the more well known polygyny). An excellent book on this subject is Todd Compton’s “In Sacred Loneliness”. I have no concerns with polygamy (polyandry or polygyny), so long as it’s practiced among consenting and committed adults, without abuse or neglect. I do, however, have concerns with how Joseph engaged in polygamy. He didn’t practice it with the consent of all other concerned parties, most notably his first wife. In Mormon scripture, there are several instances when Joseph is called to repent. I think one of his moral failings was not the fact that he engaged in polygamy, but rather the manner in which he engaged in polygamy.

“4. Is the BM an accurate historical record of ancient inhabitants of the Americas originating from Israel?”

We do not have objective evidence for the historicity of the Book of Mormon. Consequently, there are many theories ranging from simple fraud to word-for-word revelation of an English translation of an ancient record. Assuming the book does reflect an ancient record, my preferred theory is that it’s an inspired expansion on an ancient record, thus accounting for extensive quotations from the Bible and perhaps some other arguably modern portions of the text. That said, as you might imagine from my comments about the Book of Abraham, I revere the Book of Mormon as scripture for practical and spiritual reasons, for the most part independent of the question of its historicity. This bothers many persons, but frankly I’d most likely continue to revere the book as scripture even if I were to gain objective evidence that it’s thoroughly fiction. I’m irredeemably Mormon.

“5. Did Joseph Smith translate the BM by placing his face in a hat that contained a ‘seer stone’ that he found?”

Apparently, yes, looking at a stone in a hat was among the behaviors (but not the only) in which Joseph engaged while producing the text of the Book of Mormon. I think it’s cool. I’d do that too if it would work for me. There are also lots of interesting parallels between Joseph’s behavior and that of other religious figures, appearing in the Bible and other faith traditions.

“6. Is it taught in scripture (including the Pearl of Great Price) that Cain’s descendants were cursed with black skin as punishment for Cain’s inequity (killing his brother)?”

Unfortunately, there are passages of Mormon scripture that lend themselves to such racist interpretations. I’d like to see them removed or changed to reflect our more inspired and inspiring modern perspectives. For some religions, the idea of changing scripture is heretical, to say the least. Even some Mormons cringe at the thought, but we shouldn’t. Mormonism at its finest celebrates the need for continuing revelation, and that there are many great and important things yet to be revealed.

“7. Do we teach and believe (scripturally) that the Lamanites were cursed for their wickedness with dark skin (BM)?”

We should not teach or believe that dark skin is a curse. The LDS Church recently published a press release condemning past and present racism, including racism in the church. That’s a good step, and we need to do more. As mentioned in relation to the question about interpretations of the curse of Cain, I’d like to see scriptural passages that lend themselves to such interpretations removed or changed. Brigham Young once commented, “Should the Lord Almighty send an angel to re-write the Bible, it would in many places be very different from what it now is. And I will even venture to say that if the Book of Mormon were now to be re-written, in many instances it would materially differ from the present translation. According as people are willing to receive the things of God, so the heavens send forth their blessings. If the people are stiff-necked, the Lord can tell them but little.” Let’s keep trying to loosen our necks!

“8. Do the temple ordinances originate from the Masonic ordinances?”

Masonry clearly influenced Mormon temple ordinances. The rituals reflect that influence, and many early Mormons including Joseph Smith were Masons. I like this. It’s an example of the fact that spiritual value comes from many ideologies. Joseph Smith clearly believed that, as reflected in these comments: “Have the Presbyterians any truth? Yes. Have the Baptists, Methodists, etc, any truth? Yes. They all have a little truth mixed with error. We should gather all the good and true principles in the world and treasure them up, or we shall not come out true Mormons.” Joseph also provided this interesting insight into how he worked: “If a skillful mechanic, in taking a welding heat, uses borax, alum, etc, and succeeds in welding together iron or steel more perfectly than any other mechanic, is he not deserving of praise? And if by the principles of truth I succeed in uniting men of all denominations in the bonds of love, shall I not have attained a good object?”

“9. In the past, have ‘death oaths’ been a part of the temple ordinances?”

Yes. We inherited those from Masonry, and fortunately we saw fit to remove them from our rituals. I consider that inspiration, and we can always use more of it.