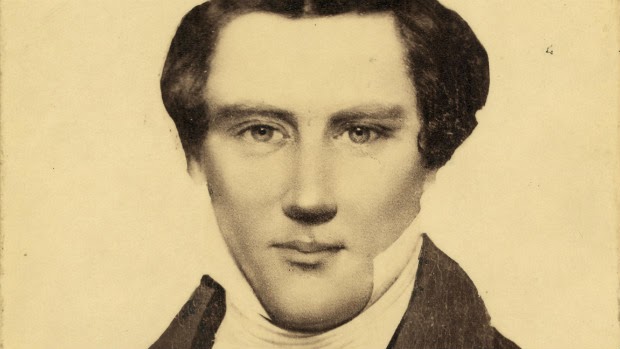 Several friends have asked for my opinion on a set of controversial topics in Mormonism that The Church of Jesus Christ of Latter-day Saints (LDS Church) addressed in a series of essays during 2013 and 2014. The topics include:

As context for my opinions on these topics, you should know I’m biased: I love Mormonism. Its immersive interpretation of the Gospel of Christ inspires me more deeply than I might ever fully articulate. It’s my people, culture, heritage, and family, even when (and perhaps especially when) we’re not as beautiful, good, true, or practical as we might aspire to be. I’m a member of the LDS Church, and I support the Church and its leaders, even if I don’t always agree with them.

My opinions are only mine, expressed briefly for sake of time (both mine and yours), with hope for charitable interpretation where information lacks. Take them for whatever you find they’re worth. Please do comment with questions and criticisms, as you may feel inclined.

And yet almost any reasonable person will agree that it’s sufficiently accurate to self-identify as a Christian if you recognize Christ in Jesus of Nazareth and divine inspiration in the New Testament, as all mainstream Mormons do. Maybe Mormonism is to Christianity as Christianity is to Judaism. I welcome that notion. But frankly, I think it’s silly and counter-productive to challenge Mormon claims to Christian identity.

We should become like God, not in arrogance, but in compassion and creativity, and more!

Beyond being like God, we should be God – and not just any kind of god. We should be Christ, as exemplified and invited by Jesus. This idea is commonly known as theosis, deification, or divinization.

It’s at the heart of Mormonism’s immersive interpretation of Christianity. It has also been embraced in varying ways and to various extents by ancient and other modern Christians.

Some consider such aspirations to be hubris, against which the story of the Tower of Babel warns us. Those are legitimate concerns, but hubris is not in altruistic aspiration, and ethical progress is not Babel. We can in good conscience seek to learn and love and raise each other together with and in a holistic conception of God and Christ as a community, into which Jesus invited us. And that’s the most beautiful and empowering and essential idea in Mormonism, so far as this Mormon is concerned.

Book of Mormon and DNA Studies

Book of Mormon interpretations have varied widely, with geographies ranging from whole continents to a few hundred miles, and anthropologies ranging from unique Jewish ancestry to diverse multicultural diffusion. I even know persons who believe the Book of Mormon is a misrecognized African text. Some interpretations are more compatible with contemporary science than others, and future studies may change the situation.

Regardless, I am inspired by the Book of Mormon, imperfect and incomplete though it may be, as are many others who have contemplated its words. In that inspiration, I recognize scripture. And I consider esoteric interpretations of scripture, functioning to provoke personal and communal change, to be far superior to exoteric interpretations, which tend to function as mere proof texts for sectarian conflict.

Maybe the Book of Mormon will increasingly accomplish its implicit goals in part by decreasingly conforming to its explicit origins. Maybe the book will prove to be more about future Christians than ancient Jews. Time will tell.

If the Book of Mormon is a translation, it’s not in any usual sense of the word, and that’s pretty cool.

Over a period of just a few months, generally while looking at a stone in a hat, Joseph Smith dictated to scribes a complex narrative, pervasively integrated with Biblical citations and allusions, that became over 500 pages of printed text. Witnesses consistently attest that Joseph possessed an object, usually concealed, that he described as golden plates. But apparently he rarely referenced the object while dictating.

For most modern sensibilities, this is strange stuff. Some think it’s strange in a bad way. Personally, I love it, strange and all.

Maybe it was genius. Maybe it was automatic writing. Maybe he was inspired by an emergent cultural meme.

Maybe divinity, immanent or transcendent, impinged on his creativity. Maybe the objects, plates and stones and hats and all, channeled his focus and facilitated the whole process.

Whatever the case may be, it provokes my imagination. That’s especially on reflection, when I press symbol sequences from an ornate board at hand through glowing depictions before our eyes and on into your mind, as I’m doing now, perchance to provoke your imagination.

Joseph Smith described his first vision in multiple ways, suggesting an interpretive approach similar to that which some may apply to dreams.

He authored, dictated, approved, or otherwise shared several varying accounts of the experience. I know of at least eight versions. The most well known version is published in LDS scripture, and tells of Joseph experiencing two personages, one referring to the other as “my beloved son”. Other versions describe only one or more than two personages, and other details vary from version to version.

Some people think this means Joseph made the whole thing up. I think the evolving descriptions are consistent with an ecstatic experience, like a vivid dream. This reflects one of Joseph’s descriptions of the end of the experience: “When I came to myself again, I found myself lying on my back, looking up into heaven.”

For some modern Mormons, describing Joseph’s first vision as a “dream” may seem anticlimactic or uncomfortable. But that may reflect modern biases rather than the perspective of Joseph, who seems to have attributed a greater significance (perhaps even a greater ontological status) to dreams than most of us do today, as illustrated in the Book of Mormon when Lehi explicitly equivocates between dreams and visions.

Sadly, in the name of our religion, Mormons have sometimes resorted to immoral violence.

Like all other ideologies that “religion” accurately describes, Mormonism is a powerful social technology for provoking a communal strenuous mood. This capacity is not inherently good or evil, but rather opportunity and risk for enhancing good or evil, depending on how it’s used.

Mormons, like adherents of other religions, when confronted with desperation during times of social or economic distress, have sometimes resorted to violence in word and deed. Perhaps the best known example is the Mountain Meadows Massacre, and there are lesser known examples such as the Black Hawk War, the Danites, and the Oath of Vengeance.

While I do believe violent defense can be moral when other options are practically exhausted, I don’t believe the violence in Mormon history has always been moral. To the contrary, I believe that, in some cases, it has been deeply immoral. That saddens me. It also reminds me of the importance to remain ever vigilant in efforts to channel the religious impulse away from death and toward life.

Many early Mormons practiced plural marriage, and maybe future Mormons will too; that’s fine as a general principle, but only if the particulars of implementation are not sexist or antisocial.

Joseph Smith himself established the practice and had dozens of wives. Brigham Young had even more wives. And I count many polygamists among my own ancestors, notably George Q Cannon, who had five wives.

For example, it appears Joseph Smith did not tell his first wife (let alone ask her consent) before he began marrying other women, he married some women that may have been too young to give meaningful consent, and he may have married some women that were simultaneously married to other men without their consent. I wasn’t there, of course, so I don’t know all the details. But to whatever extent Joseph may have engaged in infidelity or promiscuity, and to whatever extent he may have failed to ensure meaningful consent among legitimately concerned parties, I believe he made a mistake – maybe Joseph believed he made a mistake too.

Mormons are divided in their opinions about the future of plural marriage, despite the fact that we continue to ritualize plural marriage both for our dead ancestors and for living persons whose previous spouses have already died. I’m on the side that has no concerns with the practice, so long as men and women have equal access, and so long as it’s not accompanied by infidelity, promiscuity, neglect, abuse, or otherwise oppressive or antisocial or unhealthy practices.

Race and the Priesthood

Although Joseph Smith did not withhold priesthood based on race, Brigham Young and other Mormon leaders did, which was immorally racist, plain and simple.

Joseph distributed priesthood among Mormons of all races. Brigham Young banned persons of African descent from receiving priesthood. Subsequent leaders of the LDS Church increased or maintained related restrictions until 1978, when Spencer Kimball ended the ban.

Some Mormons have attempted to justify the ban by appealing to various passages of scripture. But such appeals only beg the question, and even make it more unsettling, as they would attribute the ban to the will of God rather than to our human biases.

So far as I’m concerned, the ban was simply racist. It probably reflected racism in both cultural norms and inherited scriptural texts, and that may make the racism more understandable. But it doesn’t justify the racism.

As Mormons, we have long aspired to transcend any evil in cultural norms. And we have long rejected scriptural finality or inerrancy. We made mistakes that we should acknowledge. And we should continue to do better.

Translation and Historicity of the Book of Abraham

Joseph Smith said he translated the Book of Abraham from an Egyptian papyrus, parts of which remain available today. As with the Book of Mormon, the term “translated” probably should not be understood in any conventional sense.

The papyrus fragments and facsimiles, interpreted in light of modern Egyptology, have little in common with the text of the Book of Abraham. Maybe future studies will change the situation, but focusing on such a possibility may be a distraction from real value in the text.

Read it. It’s not long. This time not looking for exoteric evidence of its historicity, read it with esoteric interest, anticipating a new perspective on God, building from and beyond traditional theologies. Maybe you’ll find inspiration in it, as I have.