Exploring the Mormon Mandate to Transhumanism 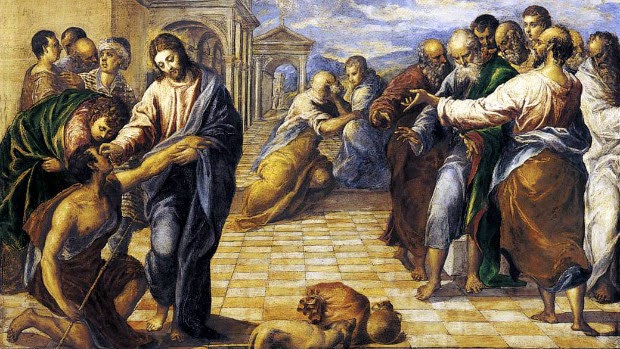 “If [immortal glorified bodies are] the ultimate, logical end of Mormon Transhumanism, it’s barking up the wrong tree, or at the very least, out of balance.”

This depends on how we understand “glorified” and on whether someone might think “immortal bodies” is sufficient rather than necessary for Godhood. If glorified immortal bodies are those filled with radical compassion and creativity beyond traditional notions of suffering and death then, as the work and glory of God are expressed in Mormon scripture, such bodies seem both necessary and sufficient for individual and anatomical Godhood, two parts of an ontology of Godhood that we can extend to include communal and environmental parts for a holistic account of Mormon theology.

“We are taught that between immortality and eternal life, eternal life is the one that requires our efforts (repentance, baptism, enduring to the end). Immortality is a free gift for all because of the atonement and resurrection of Jesus.”

“The Transhumanists might say that we should be self-reliant in terms of our own resurrections and not rely on Jesus to do it for us.”

In the Bible, Jesus explicitly commands his disciples to raise the dead. Mormon scripture also teaches clearly and repeatedly that we should be actively engaged in good causes, and that those waiting for God to command or do all the work are slothful and not wise. Joseph Smith, in his final general conference discourse, described resurrection as the crowning achievement of progression grace by grace to Godhood. Would such a description of Godhood make the most sense if Joseph meant resurrection passively as being resurrected or actively as doing resurrection? Jesus exemplifies resurrection, establishing our hope and trust in its possibility, and explicitly invites us to do both the works he did and even greater works.

“I have seen priesthood blessings miraculously restore physical health to people when medicine failed and that although we should continue to learn and grow in scientific knowledge and wisdom and use the tools God has provided, it is by grace that we are saved after all we can do.”

The possibility of science and technology is grace. The opportunity is grace. In the Book of Mormon, we read that Captain Moroni scolded Nephite leaders for passively supposing God would save them when they were not actively making use of the means God had already provided. Today, we have unprecedented scientific knowledge and technological power, and we have strong reason to suppose we can extend both much farther. Why should we suppose God would save us if we don’t make use of the means and opportunities already presented to us? Does this mean that presently unexplainable or difficult-to-explain experiences are impossible? No. It just means we should not passively expect such things. We should encourage self-reliance, even if aimed at self-transcendence.

“I wouldn’t want an immortal, glorified body if said body was from the imagination of a mortal, non-glorified man.”

“I don’t presuppose that I know what an actual glorified body is but I have a feeling that ‘eye hath not seen, nor ear heard the things which God hath prepared for them that love him …’”

By definition, not merely hypothetically, we do not have the anatomical capacity fully to comprehend superintelligence. Yet we have innumerable historical reasons to support confidence that our minds have the capacity to point beyond themselves in practical ways, enabling us to grow somewhat intentionally in knowledge and power over time. If God were satisfied that our imaginations were irrelevant to immortality and eternal life, why would the scriptures contain references to them. It seems reasonable to proceed with the assumption, as Mormon scripture describes the matter, that God speaks to us according to our language and understanding to cultivate our divine capacity while maintaining our agency.

“I have come to think that for many souls, physical death, although a ‘monster’, is something that it is good for us to experience as part of an opposition in all things (translated beings as the exception). Jesus himself set the example by physically dying. I think it’s one of those life experiences that will help us appreciate more the glorified body we receive in the future.”

Some things are worse than death. The scriptures describe those things as hell. To the extent needed to overcome hell, death is a relative good. That doesn’t make death an inherent good. Jesus endured the cross, as described in the New Testament, in anticipation of joy. Something was worth dying for in context of confidence that he would rise again. The scriptures describe a time when our world will change beyond present notions of suffering and death, when the living will be transfigured and the dead resurrected to immortality. And yet such a world would remain inseparable from change, which we might conceive as an analog to death. Meaning does require change, but it does not require present notions of death and hell, except perhaps as persistent and pervasive contextual risks.

“Just because the scriptures describe death and hell as monsters, doesn’t mean it’s our place to completely eliminate those monsters. I think we come to earth to taste of them as part of our necessary, earthly experience.”

If the creator desires to optimize for thriving in compassion and creativity, death and hell seem like reasonable contextual risks. However, simply because something is a reasonable contextual risk does not mean we should consider it good in itself. Neither does it mean that we should restrain ourselves from mitigating it. Death is neither inevitable nor good. Accordingly, Jesus commanded his disciples to raise the dead, and Joseph Smith set in motion a formally ritualized universal work for the dead, explicitly describing it as symbolic of their resurrection, thereby pointing our minds to its ultimate fulfillment as our rituals increasingly become realizations.

“I don’t think there’s any question that scientific advances will continue to roll forth at an increasingly fast pace (and we will become undeniably more “transhuman”). But I think those changes are inevitable and that our job should be more about developing Christ-like attributes …”

Scientific and technological progress always recursively depends on using the artifacts of progress to maintain and facilitate and perhaps expedite further progress. If we use the artifacts more destructively than creatively in the whole, progress ends. In the least, instrumental cooperation is essential to the possibility of progress. At the extremes of accelerating and decentralizing power, nothing short of pervasive compassion is essential to the possibility of progress. Whether compassion is more important than creation is almost irrelevant, given that the one ultimately depends on the other.

“Instead of seeking for increased capabilities, how about we seek for the wisdom to use the capabilities we are blessed with? We don’t need to rush into making ourselves Gods physically. We are already losing the war of being able to control our tools and not the other way around.”

Mormon scripture encourages us not to delay the day of our repentance and salvation, but rather to make use of the means at hand to do the work we can here and now. It is not at all clear that we are losing the war to control our tools more than we are lacking tools to win the war. All over the world, persons are suffering horribly from the consequences of ignorance, sickness, poverty, and isolation. Emerging technology hints at possibilities for unprecedented consolation and healing. Clearly we misuse tools sometimes. Clearly we lack tools sometimes. One is not a practical argument against the other. And we have a Christian duty not merely to die but rather to live for Christ.

“I want to stay open minded to the possibility that science and technology might have some kind of role to play in things that we might assume from reading the scriptures are purely ‘miraculous or spiritual’.”

Mormon authorities have long advocated the idea that science and technology are among the means God provides for us to participate in the work of salvation. They have also repeatedly reaffirmed the position that miracles are not supernatural, but rather they are marvelous experiences that we just may not yet know how to explain naturally.

“I feel like becoming Gods is more than … ‘helping each other become Gods.’ I think it’s that, but there’s a third point in the triangle and it’s above us, and it’s God himself that needs to be a part of the team. We need to act with his help, constantly seeking his will through faith, prayer, obedience. Loving God, and putting him first in our lives, and sacrificing our own will for his, is the best way to help each other progress. Without his help, even with supersonic, transhumanized bionic eyeballs, it will be the blind leading the blind.”

When advocating that we should help each other become God, there’s no reason to suppose a limit on who should help or be helped. There’s no reason to exclude God from the work. To the contrary, Mormon scriptures position God’s work to be that of bringing about our immortality and eternal life, which is God helping us. Yet, while positioning God’s work in this way, the scriptures also teach us to help each other, modeling our help after that of God. There’s no scriptural limitation to the aspiration for mutual service and reconciliation. And advocating mutual service and reconciliation does not logically exclude God.

To the contrary, we can only ever meaningfully help each other within context of a vision or understanding of what is actually helpful. And God always has been and is at least a vision and understanding of help, a negation of our understanding of weaknesses, and a projection of our understanding of strengths. That’s not to say God is only so much. For example, the New God Argument substantiates reasonable faith in much more. But God yet functions in our lives, helping us, of necessity according to our own human understandings. And this would remain true even if, and perhaps especially if, a luminous being were to appear before us, calling itself “God”. God is posited, not proven, except within the context of a position. In other words, God can give sight only to the blind with faith to see God.