Progressive Revelation Among the Mormons 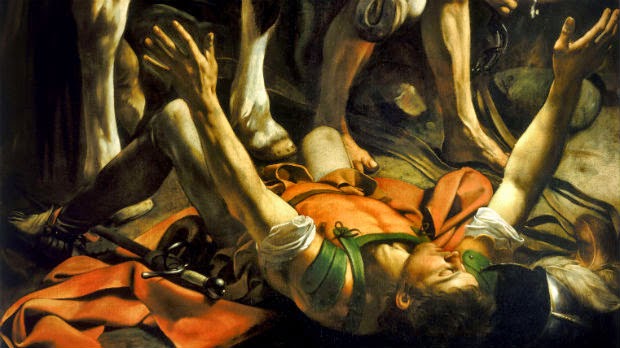 Before I explain my disagreement, I’ll explain how I think I qualify as a progressive Mormon according to Ralph, to strengthen the relevance of the disagreement. However, there’s some room for uncertainty because his characterization is not always clear. For example, Ralph begins by making it sound like progressive Mormons are everywhere. After alluding to the need to persuade others to take seriously the influence of progressive Mormons, he suggests that references to or examples of progressives are impossible to miss when reading any news about or blogs from Mormons. And yet he ends by asserting that “Mormon progressivism is still quite a marginal movement”. Maybe I understand “marginal” differently than Ralph, but if progressive Mormon influence is as pervasive as he makes it sound then I wouldn’t use “marginal” to describe it.

Our history books record opinions about blacks and the priesthood, expressed by leaders of the LDS Church, who we sustain as prophets, that are admittedly inaccurate. It seems I would have to lie (or forget) to escape being a Mormon progressive on this count.

Various leaders of the Church have claimed that they are fallible (as do the scriptures), that they could be wrong, and that we have a responsibility to confirm their claims, which I take to mean they could be wrong about anything, including women and the priesthood or homosexual marriage. Here, it seems I’d have to reject the law of non-contradiction to escape being a Mormon progressive.

Mormon scriptures explicitly and repeatedly (albeit somewhat inconsistently) advocate economic and social equality in at least some sense. Because this lends itself to interpretive flexibility, and because Ralph characterizes Mormon liberals as interested in superlative equality, I might not fully qualify here. However, I certainly feel that my religion mandates opposition to racism, sexism and legal discrimination based on homosexual identity, so it would seem that I qualify to at least some extent.

There’s one more idea that Ralph implies to be characteristic of progressive Mormons, and this one is harder to assess. He contrasts himself from progressives by appealing to his belief that “Jesus Christ in fact guides his Church” and that “there is no reason to think he guides it in a ‘progressive’ direction”. Implicit in this is the suggestion that progressives don’t really believe Jesus Christ guides the Church. If he intends to imply that progressives believe Jesus is not personally micromanaging the Church then I qualify. If he intends to imply that progressives believe Jesus doesn’t guide the Church in any way, I don’t qualify. To be clear, I think Jesus’ teachings, as recorded in scripture and interpreted through inspiration, are the primary way that Jesus guides the Church. Maybe Ralph thinks Jesus has regular face to face discussions with Church leaders. I don’t, in part because some leaders suggest they don’t, and that may make me a progressive Mormon too.

Finally, now that I’ve established my credentials as a progressive Mormon by Ralph’s standards, I’ll explain why I disagree with his characterization of my interpretation of the doctrine of continuing revelation.

To begin, join me in a thought experiment. Absent divine guidance, how would you expect governance of an ecclesiastical gerontocracy to express itself? Generally as governance in the LDS Church actually does express itself? Please know that I’m not intending to suggest that Church leaders are never inspired. To the contrary, I trust they are, and sometimes I’m as confident that they’re inspired as I am that inspiration exists in any meaningful way, because I’ve been inspired by them. However, I will suggest that all of our inspiration, indeed all of our sensation, whether we be leaders or otherwise, is always filtered through anatomical constraints, reflecting individual, communal and environmental constraints. We might call this bias, which isn’t necessarily a bad thing, but it might express itself in bad ways, and we can benefit from trying to be aware of and account for it. In any case, we’re all biased, including our leaders, and I think we can observe this bias in the generally predictably governance of the Church – note the emphasis on “generally”.

Here’s my point. Perhaps neither the conservative in itself nor the progressive in itself demonstrates expectations that are uniquely consonant with revelation. Maybe each is simply filling a role, hopefully for better and sometimes for worse, as we work together both to learn and to retain, to progress and to conserve. Maybe both are necessary aspects of participating in the work of God and becoming like God. Maybe even minimal revelation is essential to enabling us to mature in our own capacities, to become genuinely creative and compassionate in our own right?

Whatever the case may be, I think revelation, to maintain its most meaningful sense as a descriptor for a category of experience, must ultimately transcend expectations and thus cannot rightly be categorized as either conservative or progressive. At its heights, beyond what we might distinguish as inspiration, revelation must be unusual. Most of the time, we must operate without extraordinary revelation, as President Hinckley seems to have suggested. Most of the time, we’re going to be predictable as we learn and retain for ourselves.

Revelation shatters paradigms. Revelation reveals God. When that happens, we become undone, all of us, conservative and progressive. I suspect Ralph would agree with that. Does that make me a conservative Mormon?