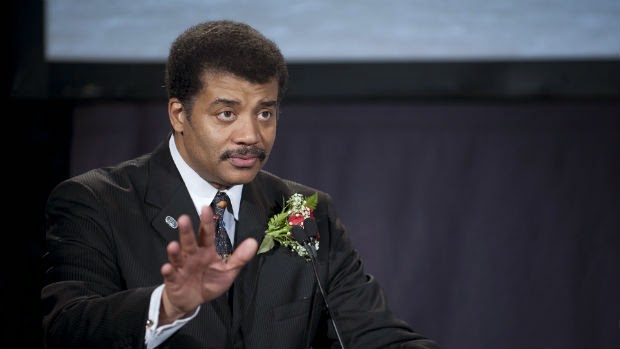 An article at Atlanta Blackstar presents “11 Neil DeGrasse Tyson Quotes That Debunk ‘Religious Science’”, or at least purports to do so. Here are my thoughts on the quotes, including the bonus quote thrown in at the beginning of the article.

“Every account of a higher power that I’ve seen described, of all religions that I’ve seen, include many statements with regard to the benevolence of that power. When I look at the universe and all the ways the universe wants to kill us, I find it hard to reconcile that with statements of beneficence.”

This is an appeal to the problem of evil, about which I’ve written on occasion. Basically though, if benevolence is optimization for suffering mitigation rather than for thriving opportunity then I agree with Neil. If, however, benevolence is optimization for thriving opportunity then we have a disagreement. As presented at a high level in the Benevolence Argument of the New God Argument, we may have scientific reasons to suppose civilizations of posthuman complexity probably are more benevolent than us on the whole.

“Great scientific minds, from Claudius Ptolemy of the second century to Isaac Newton of the seventeenth, invested their formidable intellects in attempts to deduce the nature of the universe from the statements and philosophies contained in religious writings … Had any of these efforts worked, science and religion today might be one and the same. But they are not.”

The scientific method begins with the creative work of formulating questions, and it also includes the creative work of formulating educated guesses or hypotheses. Throughout history and contemporarily, religion has contributed to the creative questions and hypotheses that scientists have formulated. There’s no rule against this in the scientific method, and there shouldn’t be. Of course science doesn’t stop there, and it shouldn’t. It must continue through experimentation and peer review, neither of which should depend on appeals to authority, religious or otherwise.

“They (scientists of centuries past) call on God only from the lonely and precarious edge of incomprehension. Where they feel certain about their explanations, however, God gets hardly a mention.”

“Whenever people have used religious documents to make accurate predictions about our base knowledge of the physical world, they have been famously wrong.”

This is a fundamental misapplication and misunderstanding of the actual function and practical value of religious documents. Granted, many religious persons have the same misunderstanding and engage in the same misapplication. In any case, as they actually function, the practice of studying and sharing religious documents provokes communities to a strenuous degree of concern for sets of opportunities and risks described in the documents. The prophecies should be understood as forthtellings, not foretellings, and as terribly frightening and wonderfully inspiring possibilities, not inevitabilities. A good example from the Bible is the story of Jonah and Nineveh, which illustrates both the forthtelling nature of prophecy and, ironically, even the unfortunate reality that prophets themselves can misunderstand and misapply the function and value of their own prophecies.

“I simply go with what works. And what works is the healthy skepticism embodied in the scientific method. Believe me, if the Bible had ever been shown to be a rich source of scientific answers and enlightenment, we would be mining it daily for cosmic discovery.”

Science does work for many things, but it doesn’t and can’t work for all things. Even as science works for an ever-increasing set of things, with ever-increasing insight into all aspects of life, it will have its limits. Those limits include its persistent unfinishedness, and the fact that life, particularly in its most vital moments, cannot always wait for science to take needed steps forward. Even pancritical rationalism requires faith, at least of a dynamic sort. And at its most strenuous heights, at moments or through times of great opportunity and risk, the required faith always becomes religious.

“We should not be ashamed of not having answers to all questions yet … I’m perfectly happy staring somebody in the face saying, I don’t know yet, and we’ve got top people working on it. The moment you feel compelled to provide an answer, then you’re doing the same thing that the religious community does: providing answers to every possible question.”

Some in the religious community would provide answers to every possible question, but not all. Some, quite to the contrary, celebrate faith seeking understanding – which accurately characterizes science, trusting in and working toward the intelligibility of our world. Some of us aspire to a world of radical thriving in creation and compassion, understand such to be heaven and its inhabitants to be gods, and recognize that our probable future correlates with their probable past, as indicated in the New God Argument. Clearly we don’t have all the answers. We need more and better answers, in part consequent to our religiously-provoked aspirations. Science is among the means for attaining the answers, but it’s not the ultimate source of the questions.

“I don’t have an issue with what you do in the church, but I’m going to be up in your face if you’re going to knock on my science classroom and tell me they’ve got to teach what you’re teaching in your Sunday school. Because that’s when we’re going to fight.”

I agree that we shouldn’t teach religion in science classes. However, if there’s a reason to fight about that, it’s a religious reason. Science in itself doesn’t provoke such strenuosity. What is the religion that provokes Neil? I call it scientism, and I like some things about that religion – particularly when combined with other religions because I find it lacking in itself. One thing I dislike about it, however, is the general ignorance among its adherents of its function as religion. They think religion is about immaterial entities with supernatural powers, but that’s just an phenomenon within some religions. Religion is far more powerful than a set of metaphysical ideas might suggest.

“There’s no tradition of scientists knocking down the Sunday school door, telling the preacher, That might not necessarily be true. That’s never happened. There’re no scientists picketing outside of churches.”

Actually, I’m confident there are scientific grounds for concluding that this observation is plainly false. That aside, Neil’s point without the hyperbole is that science is not inherently violent or evangelical. Of course he’s right. While a person who happens to be a scientist may be violent or evangelical, it’s not the science that makes him so. It’s not the science that makes Neil claim he’ll start a fight about teaching religion in science classes. It’s religion that does that. Religion is the most powerful social technology. It provokes communities to a strenuous mood. In that, it’s not inherently good or evil. Like all technologies, it can be used for good or evil. Given its power, religion has provoked communities to both wonderful and horrible things.

“If all that you see, do, measure and discover is the will of a deity, then ideas can never be proven wrong, you have no predictive power, and you are at a loss to understand the principles behind most of the fundamental interconnections of nature.”

I agree. Even from a religious perspective, life is not and should not be understood to be merely the will of God. In practice, life is necessarily about our bodies’ desires, minds’ wills, relations’ rules, and worlds’ laws in all their diversity, tensions and conflicts. In theory, so far as I’m concerned, life should be about empowering reconciliation of these tensions and conflicts, and realization of a better world, in which we commonly thrive in accordance with those reconciled desires. In short, life must be about becoming God every bit as much as it is about loving God. To become God, it seems reasonable to trust that we must, among other things, continue to gain understanding and predictive power, and science excels at helping us there.

“Once upon a time, people identified the god Neptune as the source of storms at sea. Today we call these storms hurricanes … The only people who still call hurricanes acts of God are the people who write insurance forms.”

There is another set of persons that call hurricanes acts of God: persons that aspire to shape the world to such an extent that we can choose to create and prevent hurricanes. Some of these persons are even atheists, ironically, who speak of “god-like” powers associated with imagined future technologies. Of course they usually don’t recognize that they almost certainly will not become powerful enough to control their environment, to create their environment, unless we already live in a created environment, as demonstrated in the Creation Argument of the New God Argument.

“Not only are we in the universe, the universe is in us. I don’t know of any deeper spiritual feeling than what that brings upon me.”

I agree. So does my religion, and that has throughout my life provoked me to think, study, speak, work and otherwise behave so as to realize the incredible potential suggested by such a relation.

I agree again. And again, so does my religion, which consoles me in its provocation to radical thriving while mandating scientific and technological means. Has Neil debunked the compatibility of religion and science? If so, he hasn’t by means of any ideas expressed here.