7 Reasons Cryonics Is Compatible with Mormonism 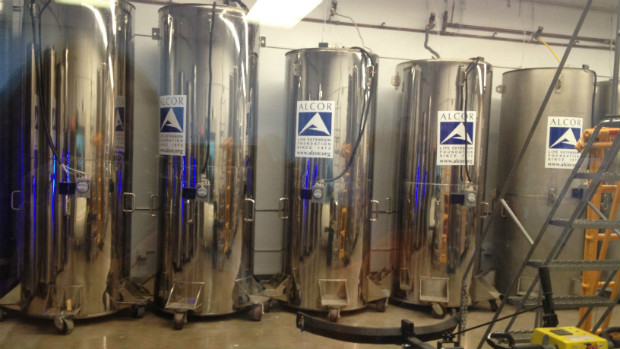 Occasionally I hear (or hear of) Mormons contending that cryonics (low-temperature preservation of a legally-dead body for resuscitation when new technology might cure the cause of death) is incompatible with our faith. Yet, to the contrary, those who revere the Bible have reason to trust that resuscitation, by cryonics or otherwise, is a religious mandate. And Mormons are not an exception, as illustrated by these seven reasons.

1) The LDS Church has no official position on cryonics but it has an official position on euthanasia and prolonging life that implicitly allows for cryonics. The Church encourages its members to use reasonable means to extend life, and states that judgment of what is reasonable is “best made by family members after receiving wise and competent medical advice and seeking divine guidance through fasting and prayer.”

3) Mormon scripture teaches that God wants us to use ordained means to participate in the work of God, which would include the mandate for resuscitation. The Book of Mormon teaches that God will not save us unless we make use of means already provided (Alma 60: 7-11, 20-23), and that God will prepare means that we may find. The Doctrine and Covenants teaches that we should not wait for God to command us regarding the means. These teachings reflect the Bible, which teaches that faith without works is dead, and that beyond passive belief in salvation we must act to realize salvation.

4) Mormon scripture teaches that science and technology are among the means ordained of God. For example, in the Book of Mormon, Nephi builds a ship and uses a compass as means to act on the commands of God. And the Doctrine and Covenants encourages us to learn and apply science in our efforts to act on the commands of God (D&C 88: 78-80 and D&C 121: 29-33). Modern leaders of the LDS Church have also repeatedly encouraged use of science and technology in our efforts to participate in the work of God.

5) Mormon scripture suggests that the prophesied resurrection to immortality may be a form of resuscitation with improvements to the body. In the Old Testament, Job describes resurrection in the “flesh”. In the New Testament, Paul claims “the body that is sown … is raised imperishable”, and Jesus describes resurrection in “flesh and bones”. Paul also claims some of us will change to immortality without dying. In the Book of Mormon, Alma teaches that resurrection will be in the body as it is now and repeats that the body will be restored. The Doctrine and Covenants teaches that we will be resurrected to “the same body which was a natural body”, that spirit is material, and that even God has a body.

6) Mormon authorities have suggested that the prophesied resurrection to immortality may be realized by ordinances we perform for each other. For example, Brigham Young claimed that resurrected persons “will be ordained, by those who hold the keys of the resurrection, to go forth and resurrect the Saints” (Brigham Young, Journal of Discourses 15: 136-139). Similarly, Joseph Smith claimed that transfiguration (or “translation”) of the living to immortality is “a power which belongs to this Priesthood … to be revealed in the last times” (Joseph Smith, Teachings of the Prophet Joseph Smith 170). Some have supposed that God would do all the work to resurrect the dead, but Joseph Smith claimed that proxy baptism for the dead was intended to remind us of their resurrection, and that God “ordained, before the world was, that which would enable us to redeem them”.

7) The LDS Church uses technology to facilitate and expedite ordinances, which may provide precedent for using technology to facilitate and expedite resurrection ordinances. Reflecting on the importance of computers in proxy ordinances for the dead, Howard Hunter observed: “The role of technology in this work has been accelerated by the Lord himself, who has had a guiding hand in its development and will continue to do so. However, we stand only on the threshold of what we can do with these tools. I feel that our most enthusiastic projections can capture only a tiny glimpse of how these tools can help us — and of the eternal consequences of these efforts.” (Howard W Hunter, March 1995, Ensign)