The Intersection of Tech and Church and More 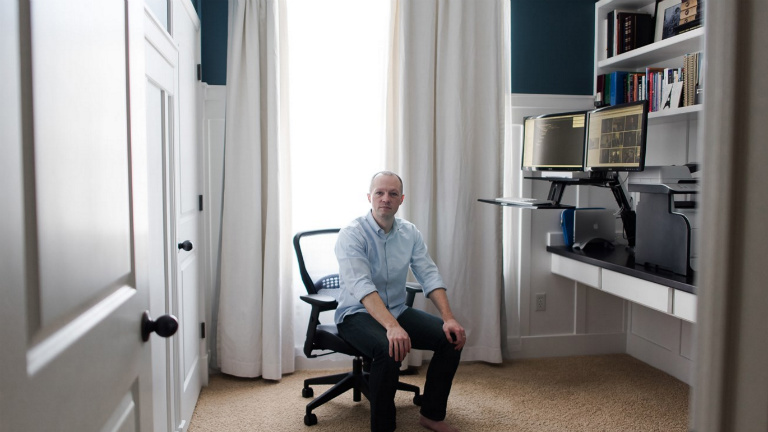 Ozy recently published an article featuring me on “The Intersection of Tech and Church”. Sanjena Sathian wrote the article based on interviews over a period of a few weeks. Most of the interviews were done by phone, but there were a couple done in writing by email – mostly fact checking. If you enjoyed the article, as I did, you might be interested in taking a look at the written interviews. Here they are. The quoted portions are from Sanjena. The responses are from me.

“I’d love to read any of the spiritual texts or verses that have helped you formulate your thinking thus far.”

Here are some thoughts on spiritual texts that have inspired my thinking in relation to Transhumanism. By way of general context, like most Mormons, I esteem the Bible as well as unique Mormon texts as scripture, inspired of God, although also the products of human work that is neither infallible nor conclusive.

So first, as common ground with a broader audience, here are some relevant passages from the Bible that I particularly like:

I also value ecumenical approaches to Christianity, and looking for common ground with others. Reflecting that, I’m inspired by these relevant statements from traditional Christian and Catholic authorities:

Here are some relevant passages from the Book of Mormon that inspire me:

I’m also inspired by other relevant statements from the Mormon tradition, encouraging a practical faith in extending human vitality and intelligence and sociality to become like God:

The Mormon text that has influenced me more than any other in relation to Transhumanist ideas is the transcript of Joseph Smith’s last sermon at a general conference of the Mormon church. I have written an interpretive variation on that sermon, to emphasize its Transhumanist ideas in more modern language and concepts.

“You were raised Mormon, and are actually descended from a Mormon apostle.”

That’s correct. I was raised Mormon, and I’m a descendant of Mormon apostle, George Q Cannon.

“You grew up with computers in the home and were always interested in science. You’ve always been on board with evolution.”

That’s correct. Computers, science, and evolution have always been important parts of my life and worldview.

“You were a teenager when you started to look at some church teachings more critically. This thinking came as you read more about the history of the church and disagreed with some of the takes on science. (Any particular historical mismatch?)”

That’s mostly correct. I began looking at Mormon teachings more critically as a teenager, as I read more about LDS Church history. However, if it matters, my disagreements with Mormon authorities about matters of science were less frequent than disagreements about matters of history, politics, and theology – mostly because Mormon leaders have tended not to take strong positions on science.

“You did go on to BYU, your two-year-mission and marriage within the church, despite the questioning of faith for a short time.”

That’s mostly correct. I served an LDS mission, attended BYU twice (undergrad and graduate), and married in an LDS temple despite strong questioning of my faith. I’d characterize the time period of increasing skepticism as prolonged rather than short, beginning in my mid teenage years and not reaching substantial catharsis until I was about 30 years old. And I continue to value strong constructive questioning of everything, including my faith.

“You mentioned that naturally this moment of doubt was tough on family, but today your wife is on board with the transfigurist thinking. She doesn’t really attend conferences but supports you and is happy to see the science and religion living side by side in your belief system.”

That’s partly correct. My increasing skepticism was difficult for my wife and also for my mother – my children were too young to be particularly aware of it, and my two sisters weren’t much involved in it at the time.

Over the last decade, much has changed. While of course my wife and mother have their own views on many things, they are now both members of the Mormon Transhumanist Association, and they both attend association conferences. One of my sisters and her husband are members of the association, and several cousins, aunts, and uncles are also members of the association. So generally both my immediate and extended family have been highly supportive. I’m not aware of a single extended family member who opposes Mormon Transhumanism, although some exhibit little to no interest in it.

“Are you still active in traditional LDS activities?”

I’m highly active in traditional LDS activities. I attend church meetings, including the sacrament meeting (communion), every week. I volunteer to fill administrative and teachings positions for my local congregation: presently, I am assigned to teach sunday school and organize weekly activities for the fourteen and fifteen year old boys (the title is first counselor in the young men’s presidency). I participate in church service projects: for example, we’re facilitating a holiday party for refugees on Christmas Eve. I occasionally participate in temple ceremonies: for example, last week I felt honored to attend a ceremony in which my friends and their newly adopted son were sealed together – a ritual that’s essentially a promise of intention to be family forever.

Today the MTA is at 560 members. The About page isn’t updated …

“Description of MTA activities: I’m explaining that it’s not a church itself, doesn’t do liturgy or hold sermons, but more like a philosophical/religious movement, self-organized, meeting at conferences, holding discussions online. I noticed the site also referenced ‘team projects’ re: disease and the like – can you tell me what that is?”

That’s correct. MTA is not a religious organization, but rather works to support its members in their own religious organizations, Mormon or otherwise, by adapting Transhumanism to their specific situations. We do have online discussions, in-person meetups, and conferences, and some of those do include speeches that would qualify as sermons, while others are more academic in nature.

We’ve been working on a number of team projects: we have small Kiva and Rosetta@Home teams, and we’re also sponsoring tech humanitarian projects in Africa. We’ve been exploring the possibility of establishing a charitable medical clinic that also serves as a research facility for rejuvenation biotech. And we’ve also been exploring the possibility of providing stem cell banking or cryonics services for association members. We recently became collaborators in an international project to promote political policies favorable to life extension research.

“You don’t believe you need to change church doctrine at all; Mormons are natural transhumanists, as God in the LDS tradition is not supernatural. It’s a materialist religion and deification, or the changing of form to aim to become as god (become god, or become as god?) as humans, is inherently part of the church.”

While I love and support the LDS Church and its leaders, that does not entail that I always agree with them: for example, I recently expressed my disagreement with policies regarding blessing of children of gay persons. I’m sure LDS Church doctrines and policies will continue to evolve as they always have, and as they should as we improve in wisdom and inspiration. This may seem problematic for those who esteem the value of religion to be found in static absolutes, but a strong case can, and I think should, be made that Mormonism has never been and never should be about static absolutes, but rather about eternal progression in all things, including our Church doctrines and policies.

That said, Mormonism and the teachings of the LDS Church as they stand today are fully compatible with various forms of Transhumanism. I contend that Mormons are implicit Transhumanists, and that our religion even mandates Transhumanism.

Mormon theology overtly supports theosis: the idea that humanity should become God (“as God” or “like God” also work because the aim is fully to join in God, and not to replace God).