Review of Your Digital Afterlives by Eric Steinhart 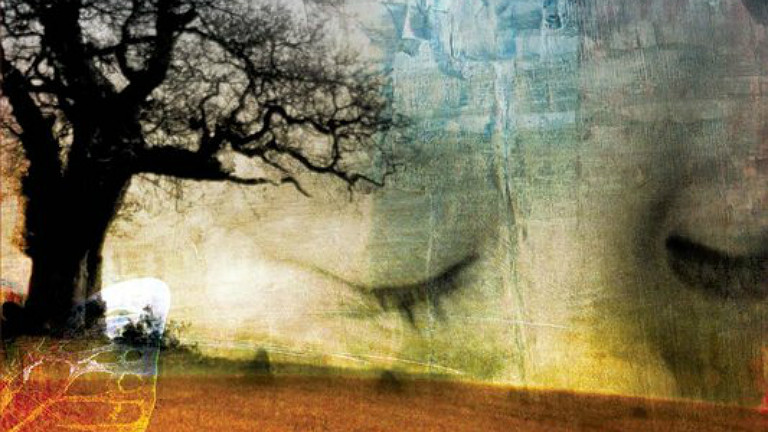 It took me two years to read the 216 pages in Eric Steinhart’s book, Your Digital Afterlives: Computational Theories of Life after Death. Friends know that’s because I’m the world’s slowest reader of philosophical texts that interest me – and just about any text that interests me seems to become philosophical as I read it.

In his text, Eric presents a cosmic vision of technological potential that was for me at once intimately familiar and jarringly alien. I’m a Transhumanist, thoroughly, and of the more radical sort. Ideas like mind uploading, digital resurrection, and universe computation are, for me, living possibilities, and nearly perpetual contemplations that color each moment of my experience to some extent or another.

I’m also a Mormon, irredeemably, born to and educated in a family that held Joseph Smith’s Nauvoo period theology in the highest esteem. Diverse worlds and heavens without end, physical Gods that were once like humanity, and human potential to be like God: none of this is new for me.

Eric explores all of these technological and theological concepts (minus any association with Mormonism) in his book, and that exploration resonated deeply. What did not resonate was his metaphysics. And that not so much because I disagreed.

Rather, as it were, I found myself seated at a grand table with stout legs, enjoying a fine feast. The Chef observed that the legs of the table were grounded in mathematical necessity, and the feast would be infinite. I listened intently. I contemplated seriously. I kind of wanted to nod, and I might have half-nodded. Then I greedily asked the Chef to tell me about dessert. Maybe Pragmatists are poor dinner guests for Platonists, but I was happy to be invited.

Your Digital Afterlives deals with the philosophy of Digitalism. This philosophy is a form of Transhumanism that uses new computational ways of thinking to develop naturalistic but meaningful approaches to religious problems involving minds, souls, life after death, and the divine.

In chapter one, Eric describes what he calls your “digital ghost.” I’d call it your “spirit” – not a supernatural or immaterial spirit, but rather a physicalist information-constructed spirit. It starts simply, as something like a Facebook timeline that outlines events in your life and complements them with rich media. It becomes more complex as it adds in all the data of the totally quantified self, and extends into digital reconstructions of your environment. Eventually, becoming yet more complex, it is indistinguishable from that which you’re experiencing right now. In fact, for all you know, you’re currently living in a digital world.

In chapter two, Eric discusses persistence. He argues that we persist through time as continuity rather than identity. We are each a sequence of distinct instantaneous stages, none of which is identical with its predecessor or successor stages. Thus, as we can persist meaningfully through life without identicalness from moment to moment, we can also persist meaningfully after death without identicalness. I agree with this insofar as we understand “identity” strictly as identicalness of stages through time. But I disagree with any broader rejection of persistent identity. Nothing prevents me from identifying myself with the whole sequence rather than with merely a given stage in it. And in fact, it seems most of us can and do use identity in that practical way, whether or not we imagine the underlying metaphysics of the stages differently.

In chapter three, Eric addresses anatomy. He contends that cells are finite in space and discrete in time, and thus cells are machines that may be computed perfectly. He also contends that cells have primitive minds and intelligence because they consist of networks that recognize patterns and make decisions. From there, he extends his reasoning through the nervous and immune systems, as networks of cells, to the body as a whole, concluding that it is a machine that may be computed perfectly. Along the way, he points out that minds are not merely brains, and that they are inseparable from physical bodies. However, he continues, minds are substrate independent in that they may be copied, and the copies may be made of different stuff. Generally speaking, I agree with these views, although I esteem the finiteness of bodies to be an assumption that need not be absolutely true for its practicality to remain. Even if bodies were infinitely complex, we might have no reason to care about the complexity below a certain threshold, so they would remain computable for all practical purposes.

In chapter four, Eric elaborates on uploading. He points out that it would be biologically isomorphic and psychologically exact, preserving any disorders, although they may be ameliorated over time. It would also require simulation of proximate environment to support the upload, otherwise it couldn’t live. So uploading does not result in disembodiment, but rather intensification of embodiment. Also, as identicalness does not persist through time, so identicalness does not persist into uploading, but there’s still continuity into uploading as there’s continuity through life. He suggests uploading is resurrection, whether of a dead person or a soon-to-die person, and that uploading engineers would design a utopia for resurrection.

In chapter five, Eric describes what he calls “promotion.” He contends that engineers may attain superhuman capacity and create universes, and thus be considered natural gods. He explores the Simulation Argument, which suggests we might already be living in a computed universe embedded within other computed universes. And he suggests reasons why we might conclude that the engineers of higher universes would be increasingly compassionate. Such engineers may choose to provide a universal resurrection for all in their universes, and to resurrect us as promotions rather than merely uploads. While an upload would be a copy the last stage of your life, a promotion would be a compression of the best characteristics of all stages of your life. I generally share this view, although I would consider it immoral to force any “moral enhancement” during the process.

In chapter six, Eric considers digital Gods. He points out that Digitalists disagree with those, such as Dawkins, who reject design of our universe. But Digitalists agree that the designers are the end product of some kind of cumulative evolutionary process. Designers of universes, or Gods, evolve like any other organisms, and Gods reproduce Gods, resulting in a great tree of Gods that increase in complexity and recursively improve both themselves and their creations. Although he argues for some other ideas I don’t share or about which I’m skeptical, such as a first God and complexity as intrinsic value, the broader notion of an endless progression of Gods resonates deeply with me.

In chapter seven, Eric contrasts what he calls “revision” with uploading and promotion. Whereas uploading and promotion are forms of resurrection, revision is a form of rebirth. A revised organism or universe runs again from its beginning, but includes a revision that refines or improves upon its previous run. Unlike uploading or promotion, revision could solve moral problems like that of unhappy childhoods. Like uploading or promotion, it would be topless and have no end or goal except perpetual self-transcendence. He seems to prefer revision over forms of resurrection, although I see no reason why we would be forced to choose only one or the other.

In chapter eight, Eric explores superhuman bodies. Although he acknowledges human organisms may evolve into nonhuman organisms, the exploration is essentially an exercise in extrapolation from human bodies to their superhuman optimization, idealization, and extension, as he categorizes them. An optimized superhuman has an anatomy that enables it to do whatever any human can do. An idealized superhuman can do any human function as well as the optimized superorganism of any species. And the extended superhuman is some finite fractal doubling of the anatomy and capacities of the idealized superhuman. Of course each of these extrapolations entails change to skeletal, epidermal, sensory, computational, motor, metabolic, reproductive, and other bodily systems.

Finally, in chapter ten, Eric wraps up with some commentary on set theory and its relation to concrete nature. In accordance with Platonism, he argues that mathematical objects exist necessarily. And from there he argues that their existence necessarily results in an “eruption” of self-transcending concreteness that we experience and observe as the natural world. He keeps this commentary brief, appealing to other works on the subject. His concluding statement is: “For digitalists, this self-transcendence is the best explanation for the existence of any concrete structures at all. The application of this self-transcendence to living structures entails universal salvation. It entails life after death.”

Your Digital Afterlives is not destined to attract any popular audience. To begin with, $80 is too expensive. But even if it were priced for a popular audience, it would remain too dense and terse and technical for popular consumption.

However, Your Digital Afterlives should be highly esteemed and widely read among professional theologians and serious students of theology. Too much of theology is stuck in thinking from centuries ago. Too little theology has recognized its own future as a formal science of superintelligence – transcending itself as astrology and alchemy transcended themselves to become formal sciences of astronomy and chemistry. Eric’s work is more than a large step in the right direction: it’s a great leap toward the future of theology.