How to Become a God and More 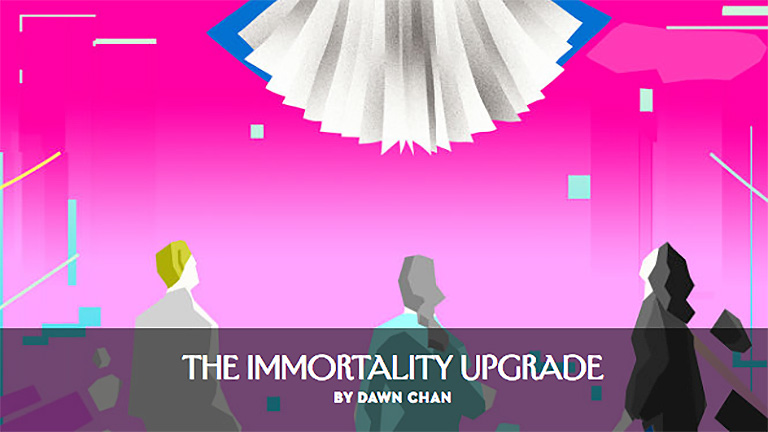 The New Yorker recently published an article, variously entitled “How to Become a God” or “The Immortality Upgrade”, featuring the Mormon Transhumanist Association and a few of its leaders, including me. It was the third most popular article on The New Yorker website on the day of its publication. It appeared on the front page of the technology section of The New Yorker for over a week. And it has received broad attention around the Internet, initially provoking reactions in social networks and discussion forums, and now seeding ongoing conversation in blogs and podcasts.

Dawn Chan wrote the article based on interviews with members of the association over a period of a few years. Most of the interviews were done in person or by phone, but a few were done in writing by email. If you enjoyed the article, as I did, you might be interested in taking a look at some written portions (mostly fact checking) of my interviews. Here they are. The bold quoted portions are from Dawn. The responses are from me.

“If it is OK with you guys, I wanted to try adding some information you both had shared about your family long ago. My sincere hope is that it’ll help readers understand that the MTA is not just a series of abstract arguments, but also a group of real people we can all relate to. Lincoln mentioned he’s pretty OK with sharing details about his life, so hope we can consider including all this:

“Would it be OK to quote Molly saying, ‘Lincoln likes having a diversity of opinions,’ and ‘He’s always pretty good about getting healthy debate.’

“OK to mention Molly saying that when you were kids, Lincoln could glance over a page of notes the night before a test, and then ace the test. Or he didn’t even have to take notes.

“OK to mention a story Molly told (from when you all were kids) about Lincoln trying to convince all the siblings to pool their money … to buy a Voltron!

“Ok to talk about the fact that your father was a key member of the team that developed WordPerfect?

“Would it be OK to bring in context that, around the time of your father’s passing, Lincoln began thinking more deeply about resurrection and transhumanism?

“AND would it be OK to pay homage to your father as an outdoorsman and traveler who once hunted and cooked a rattlesnake while camping at Lake Powell?

“I realize these are personal memories — and stories you guys shared with me years ago, so just wanted to check to make sure it’d be all right with both of you if we share with readers as well.

“Seems like it’d really nice to include wonderful memories of a father who clearly meant a lot to his family, and I hope it’d also help readers viscerally relate to why it might be so compelling for us to care about resurrection.”

I love it. Using that info is fine with me, if it’s fine with Molly. I’ll note, though, that my father’s outdoorsmanship would be more accurately characterized by hunting with a camera than with any weapon, which he used very rarely – in fact, although I know the story about the snake, I have no direct memory of him ever using a weapon for sport or otherwise.

“OK! Duly noted. Great (and thanks for the clarification)!

Roots are hard to identify. Late 1990s is a good approximation for MTA roots. :) Of course, we didn’t discover “Transhumanism” until the mid 2000s.

“… Lincoln was the first to bring up transhumanist ideas to the initial discussion group you all had.”

It seems likely that I was the first to bring up Transhumanism in our online discussions, but I honestly don’t remember for sure.

“… and he learned of them in Internet forums.”

I came across Transhumanism via two different routes that turned out to be connected. The first was Ray Kurzweil’s website, “Kurzweil AI.” The second was Nick Bostrom’s website, “The Simulation Argument.”

“… as the group’s initial founders read up on transhumanism, they began to notice that its predictions seemed startlingly in sync with Smith’s prophecies.”

Yeah. Transhumanism struck us as being remarkably similar to our own interpretations of Mormon eschatology.

“… the group includes biology professors (I’m thinking of Lincoln’s cousin here), employees of major tech companies (all of you), patent holders (I’m thinking Lincoln), and government-employed scientists doing classified research (I’m thinking [redacted]). (And technically, is there only one person qualifying for each category?)”

Among the 600 MTA members, there are quite a few PhDs in the life sciences, including biology PhDs. Some are in academia, and some are in industry. We have many members that are employees at major tech companies. We have many patent holders. We have several members that are or have been government employees – [redacted] is the only one I can think of offhand that is doing classified research, but maybe Chris knows of others.

“… no one in the group has been subject to disciplinary measures from the church for transhumanist views per se.”

I don’t know of any member of the MTA that has been subject to ecclesiastical discipline for Transhumanist views, and I would be surprised if that were ever to happen. I wouldn’t be surprised if an MTA member were disciplined for tangential sociopolitical advocacy.

“… the group grew from 14 founders to six hundred members in one decade? (Or is it two decades?)”

“… when members have gently introduced their ideas to members of their local congregations, the response has often been cautious interest.”

Yes. Cautious interest is the most common reaction when Mormons learn about Transhumanism.