10 Things I Love About Mormon Heaven 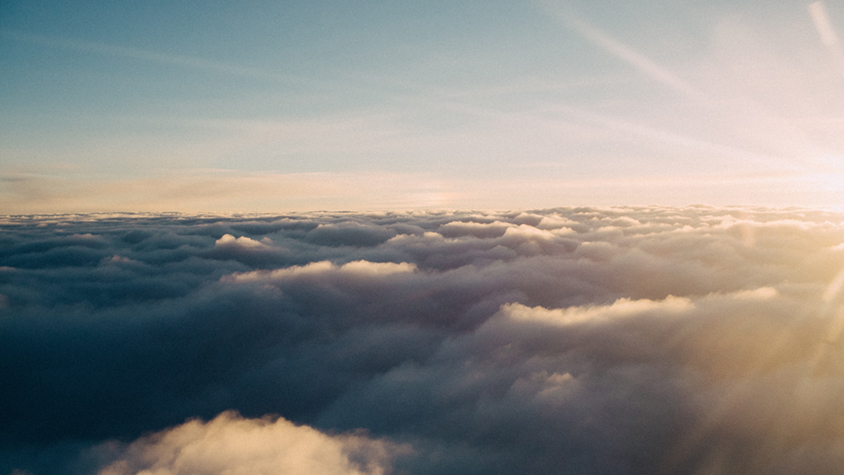 I love how heaven is presented in the Mormon authoritative tradition, in scriptures and by leaders of The Church of Jesus Christ of Latter-day Saints (LDS Church). Well, at least I love my interpretation of how it’s presented. I suppose we’re all that way to some extent or another.

There are some interpretations of heaven, Mormon and otherwise, that sadden, frighten, anger, bore, or entertain me. Maybe it would be interesting to write about them sometime. But for now, I’m going to tell you what I love about the Mormon version of heaven, as I understand it and as it inspires me.

1) Heaven is for almost everyone

That’s right. Almost everyone goes to heaven, according to Mormonism.

Now, some Mormons will be quick to interject that not everyone goes to the same heaven (more on that below). And we still teach concepts of both heaven and hell, the latter mostly as a temporary state of being. But still, almost everyone eventually goes to heaven, of some kind or another. And the heavens we go to correspond to our desires, as reflected in our works.

The only persons who don’t go to heaven are those who “deny the holy ghost.” For reasons beyond the scope of this article, I interpret that to mean those whose desires prove to be persistently incompatible with all possible heavens. This idea, a nearly universalist (but not necessarily universalist) conception of heaven, is in my estimation fundamental to any ethical conception of heaven.

2) Heaven is for non-humans too

In a particularly cool (and strange) passage of scripture, Mormon founder and prophet Joseph Smith says heavenly animals are “full of knowledge”. To me, it sounds like what some Transhumanists call “uplifting.”

Do all non-human creatures go to heaven? Fish? Mosquitos? Bacteria?

3) Heaven is for the living

In the New Testament, Jesus says that God is God of the living – not the dead. It’s striking to me how often “heaven” and “eternity” are used as euphemisms for death. Even some Mormons do this, speaking of the dead as being in heaven. And that’s despite our scriptures, which describe the dead as existing in a spirit world that’s a kind of “bondage” compared to life.

I’m often asked, “If technology enables us to avoid death, how will you get to heaven?” The implication is that death is somehow necessary for heaven. Wherever that idea comes from, it’s not from the Bible. And it’s not from unique Mormon scriptures.

4) Heaven is embodied and material

As implied by the idea that heaven is for the living, heaven is also for the embodied and the material. According to Mormon scripture everything is material. Even spirit is material.

And everything is embodied, including God. The Father “has a body of flesh and bones.” And although the Holy Ghost is a “personage of Spirit,” it’s a material spirit body.

There are of course many other Christians who entertain the notions that God has no body and that spirits are immaterial. That strikes me as good Platonism, perhaps. But it’s inconsistent with the God that we read about in the Bible, as represented by the resurrected Jesus who appears to his disciples with “flesh and bone.”

5) Heaven is relational and social

It shouldn’t be surprising that a heavenly person, given embodiment and materiality, is also a relational and social person. Mormons are well known for teaching the idea that families are forever. But it’s not just families.

According to Mormon scripture, entire communities can persist. Describing communion with Christ in heaven, Joseph claimed, “that same sociality which exists among us here will exist among us there.” And Mormon scripture includes stories of whole cities going to heaven.

Perhaps that’s an echo of the New Testament. It prophesies that our world, although it began with a holy garden, will culminate in a holy city.

This social conception of heaven makes much more sense to me than any individualistic conception. Without friends and family and new relations, how could it be heaven? As Joseph put it, echoing Paul, “their salvation is necessary and essential to our salvation.”

6) Heaven is the future of the Earth

So if heavenly persons are embodied, where do those bodies reside? Well, how about on Earth, glorified into a heaven? That’s what the Mormon tradition holds.

As the prophecies go, Earth will eventually develop into a millennial world, beyond present notions of poverty and death. And from there it will develop further into a heavenly Earth.

According to Joseph Smith, “Earth, in its sanctified and immortal state, will be made like unto crystal.” This presents some environmental concerns, which perhaps I’ll explore in writing at some point. But nothing remains unchanged forever. And I like to think Joseph was imagining something like a Kardeshev type I or II civilization, which would enable computation of innumerable lush ecologies within itself – more on this below.

7) Heaven is innumerable and diverse worlds

But Earth is not the limit of heaven, as conceptualized in the Mormon tradition. Our scriptures describe God creating “worlds without end.” And they also describe different classes of heavens: telestial, terrestrial, and celestial. See Doctrine and Covenants 76 for an extensive elaboration on each.

In the Mormon temple ceremony, the world in which we now live is classified as a telestial heaven. Mormon authorities have described the millennial Earth as a terrestrial heaven. And in the scriptures, the future Earth is ultimately categorized as a celestial heaven.

As mentioned above, Mormon scripture also describes diverse persons inhabiting different kinds and degrees of glory according to their desires. And usually, Mormons consider worlds of the celestial type to be best. But there’s a problem with that: our scriptures actually suggest otherwise.

8) Heaven is dynamic without finality

Members of the Church commonly conceive of heaven as a hierarchy of three kingdoms of glory. Supposedly, the lowest is the Telestial Kingdom, the middle is the Terestrial Kingdom, and the highest is the Celestial Kingdom. But the Mormon authoritative tradition is actually more expansive.

As mentioned above, Joseph Smith described the celestial Earth as being like crystal. He elaborated from there, describing the crystal-like Earth functioning as if it were some kind of supercomputer, “whereby all things pertaining to an inferior kingdom, or all kingdoms of a lower order, will be manifest to those who dwell on it.” And he didn’t stop there.

Joseph also claimed that each inhabitant of the celestial Earth would receive a white stone, “whereby things pertaining to a higher order of kingdoms will be made known.” That implies that celestial is not the highest type of heaven. And later Mormon authorities, such as Wilford Woodruff, would go on to claim that even God “is increasing and progressing in knowledge, power, and dominion, and will do so, worlds without end.”

9) Heaven is potential for Godhood

Wilford Woodruff also didn’t stop there. His next sentence was, “It is just so with us.” In other words, like God, we have potential to increase and progress in knowledge, power, and dominion, and will do so, worlds without end.

Another Mormon authority, Lorenzo Snow, put it this way: “As man now is, God once was; as God now is, man may be.” And Joseph Smith taught, “you have got to learn how to be gods yourselves … the same as all gods have done before.”

Heaven, in Mormonism, is not only the abode or presence of God. It is also the abode of Gods, plural. And we are invited to join them in Godhood, equal in power.

10) Heaven is something we must make

But that idea, an engineered heaven, is so very Mormon. Faith without works is dead, as James put it in the Bible. Brigham Young, who led the Mormon pioneers to terraform the arid valleys of Utah, put it this way:

You may now be inclined to say, ‘O, this is too simple and child-like, we wish to hear the mysteries of the kingdoms of the Gods who have existed from eternity and of all the kingdoms in which they will dwell; we desire to have these things portrayed to our understandings.’ Allow me to inform you that you are in the midst of it all now, that you are in just as good a kingdom as you will ever attain to, from now to all eternity, unless you make it yourselves by the grace of God, by the will of God, by the eternal Priesthood of God, which is a code of laws perfectly calculated to govern and control eternal matter. If you and I do not by this means make that better kingdom which we anticipate, we shall never enjoy it. We can only enjoy the kingdom we have labored to make.

That doesn’t mean Mormons reject the idea of grace. We don’t. To the contrary, grace is essential to the possibility of heaven.

No one of us created the opportunity, the time and space, logic and physics, and resources. No one of us is sufficient in ourselves. Each of us, even God, needs each other. And as each of us has received grace, so we are called to share that grace with others through love, consolation, and healing.

In so doing, we reconcile and become one. We atone, as exemplified and invited by Jesus. Only then, unified in our diversity as symbolized by the Body of Christ, can we work most effectively toward our shared potential. Only then can we enjoy celestial glory and aspire to yet higher orders of heaven.