Theology May Become a Science of Superintelligence 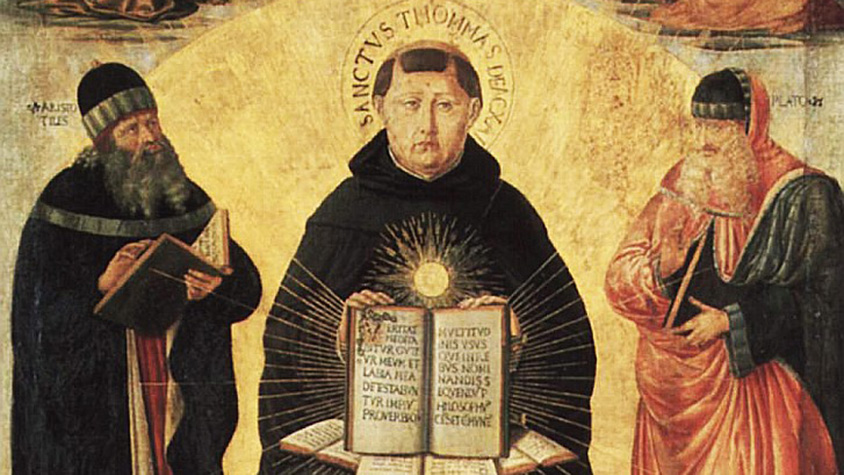 It’s true that we have new tools. And there are many more of us than ever before. Our global technological civilization is at least exceptional in that sense. But on a biological and cognitive level, we aren’t too different from our ancestors one hundred, one thousand, and perhaps even ten thousand years ago.

So it shouldn’t surprise us, although it too often does, that we can still learn from our distant ancestors. Although they didn’t have the tools or the numbers that we have, they still had their geniuses. They still had their creative giants.

As a solar eclipse traversed the United States yesterday, many on social media shared articles on astrology. Mysticism, speculation, superstition, fun, or otherwise: our opinions vary widely. But remember the ancients who gave us astrology were also taking the first steps toward the science of astronomy. The science didn’t just pop into someone’s head a few centuries ago. Rather, it was the result of generations of refinement in thought and process, that led to dependable predictions, based on which we could eventually fly robots to Mars and beyond.

Likewise, the science of chemistry wasn’t a sudden revolution out of nowhere. But rather, it was the descendent of alchemy. Long before we had molecular or atomic theories, the alchemists were trying to find ways to transform mundane substances into rare substances, like gold. And long before we knew anything about germs or genetics, they were trying to concoct elixirs to cure disease and extend life. Over generations, we began to learn what works and what doesn’t, to achieve more desirable outcomes but also more importantly to engage in more reliable processes.

With so many formal sciences at hand today, it’s tempting to think the ancients have already taught us all they can. It’s tempting to think we’ve gathered all the available utility from the old traditions and pseudosciences. So the only direction to look, now, is forward and upward.

But I suspect, confidently, that we should resist that temptation. I’m persuaded, as I look at the dusty books, that there’s more – much more. But we’ve trained and shaped many of our brightest scientific minds in such a way that they can’t see it. When they look at it, they just see superstition, like an enormous and impenetrable wall. And that’s as far as they can go. That’s as far as we can go. Because we all need our scientific minds, if we are to go further.

As you read the popular technology news, you can’t help but notice the great debate that rages, by proxy among celebrity technologists like Elon Musk and Mark Zuckerberg, on the subject of superintelligence. Is it dangerous? Will it be friendly? How might it change our world? What’s the risk and opportunity profile? Should we try to prepare for or regulate it? The answers, and their underlying emotions, are as diverse as those we might observe when talking about astrology.

Maybe that’s because many of us think we’re the first generation of humans that have seriously considered the ramifications of superintelligence. So, like every field of inquiry before, we must begin by debating broadly, and even wildly, as we explore the topology of the possibility space for the first time. So many of us have supposed.

But many of us have supposed wrongly, in this case, oh so wrongly. For centuries and millennia, our ancestors, including some of their brightest minds, had already begun exploring the ramifications of superintelligence. They wrote some of the longest books ever written on the subject. They developed sophisticated logical arguments related to the subject. And some would say they even fought wars over the subject. They just didn’t call it “superintelligence”.

They called it “God”, and they called their discipline “theology”. Like astrology and alchemy, theology is not a science. But perhaps, also, it is the harbinger of a science we do not yet have: a science of superintelligence. And perhaps we can expedite the development of that science by becoming better acquainted with the theological work our ancestors have already done.

Let’s not imagine that we’re the first to muddle through hopes and fears in relation to a superintelligent advent. Let’s not pretend that we’re the first to deliberate on that which functions as apocalyptic, millenarian, and messianic expectations. And until we have our own science on the matter, let’s not carelessly assume we have already sufficiently distinguished the merely superstitious dead ends of a perpetual pseudoscience from the genuinely practical beginnings of that which may become a science.

Assuming superintelligence exists, as I trust is the case, or even if it will only come to exist in the future, that is momentous beyond our anatomic capacity to comprehend fully. But if we can develop a science to guide us, however imperfectly, even a little better than mere instinct and intuition, then it seems that would be of great practical value. So why not use all the means available to us as we work to develop that science? Why not use our new tools? Why not leverage our many minds? And why not learn from theology?

The ancients may yet have some things to teach us about our future. And theology may yet become a science of superintelligence.