Why Is Resurrection Necessary? 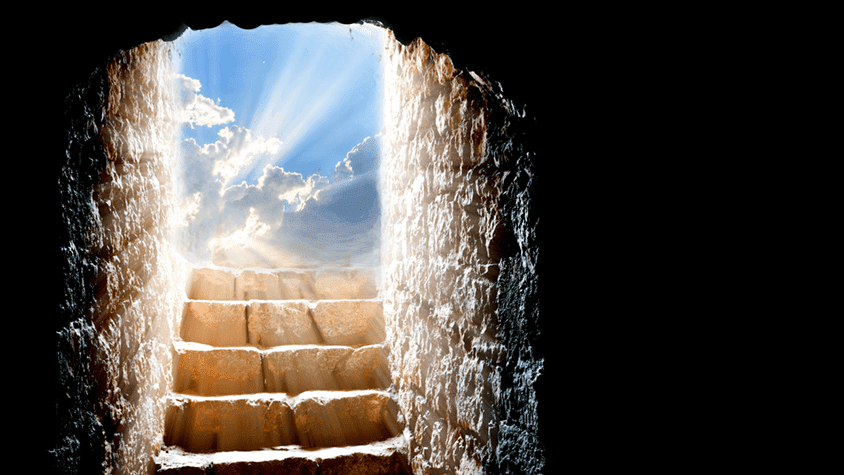 The goal is salvation. That’s plain from the name of the plan. But “salvation” is a word that means different things to different people, even among Mormons. So I should elaborate.

What is salvation? Common responses from Mormons include: “to live again with God” or even “to become like God.” Press us, however, and the answer becomes more nuanced.

“Happiness is the object and design of existence,” claimed our founding prophet, Joseph Smith. And the Book of Mormon teaches that joy is the purpose of life.

That makes a lot of sense to me. If I weren’t happy with God, being with God simply wouldn’t be salvation. In fact, as the Book of Mormon puts it dramatically, I “would be more miserable to dwell with a holy and just God, under a consciousness of [my] filthiness before him, than [I] would to dwell with the damned souls in hell.” Or as the Doctrine and Covenants puts it more diplomatically, I would “enjoy that which [I am] willing to receive, because [I am] not willing to enjoy that which [I] might have received. For what doth it profit a man if a gift is bestowed upon him, and he receive not the gift? Behold, he rejoices not in that which is given unto him, neither rejoices in him who is the giver of the gift.”

So the goal of the plan of salvation is happiness. In fact, Mormons sometimes call it the “plan of happiness,” thereby equivocating between “salvation” and “happiness,” which seems altogether appropriate in this context.

In the first phase, premortality, we existed as spirits. As spirits, we didn’t have bodies like those we now have. But, as understood in the Mormon tradition, we still had spirit bodies that were material – Mormonism rejects immaterial spirits.

What does that mean? Different Mormons have different perspectives. Some perspectives are that we were much like traditional ghosts.

My own perspective is that spirit is information, or at least may be profitably interpreted as such. And as all information requires substrate (the hardware within which the software is encoded), there’s no such thing as disembodied information. Accordingly, I think of our spirit bodies as information bodies, or increasingly discrete patterns of potential leading up to biological conception. And I think of our spirit bodies as having been encoded within time and space, which in turn may be or have been encoded within the anatomy of God.

It’s worth noting that Joseph Smith taught there was no beginning to (at least aspects of) our spirit bodies. They are co-eternal with God, he claimed. However, Mormons also often refer to our spirit bodies as having been created by God.

That may sound like a contradiction at first. But it isn’t necessarily so, given an understanding of one other aspect of Mormonism.

Our metaphysics holds that nothing is created from nothing – that’s a rejection of creation ex nihilo. But rather, everything is created from something as a process of organization and reorganization. Accordingly, Mormons tend to reject the notion that there was ever a first beginning. And we tend to consider beginnings, like that referenced in Genesis, as contextual beginnings rather than absolute beginnings.

You may be wondering why I qualified death with “generally.” That’s because death (at least narrowly construed) is not necessary, according to Mormonism.

For example, there are several persons in Mormon scripture that never die, and Jesus even tells some of them that they are “more blessed” for this. Mormon scriptures also depict death as an “awful monster.” And Mormon scriptures regularly echo the Biblical words of Paul, where he claims that eventually many persons will never die – unless relatively major changes to embodiment, like transfiguration, qualify as a kind of death, broadly construed.

The third phase is postmortality. As indicated above, it’s a general-but-not-necessary phase in the plan. In this phase, like the premortal phase, we won’t have robust bodies. But we’ll still have spirit bodies.

The Mormon authoritative tradition holds that this resurrection or transfiguration to immortality is pretty much universal. Almost everyone, good or evil or whatever, eventually becomes immortal. The only caveat is that some early Mormon leaders, notably Brigham Young, suggested that there may be a tiny fraction of persons who are not resurrected because, as I interpret Brigham (charitably), their desires are so incompatible with probable worlds that they would almost certainly experience unmitigated misery in immortality. 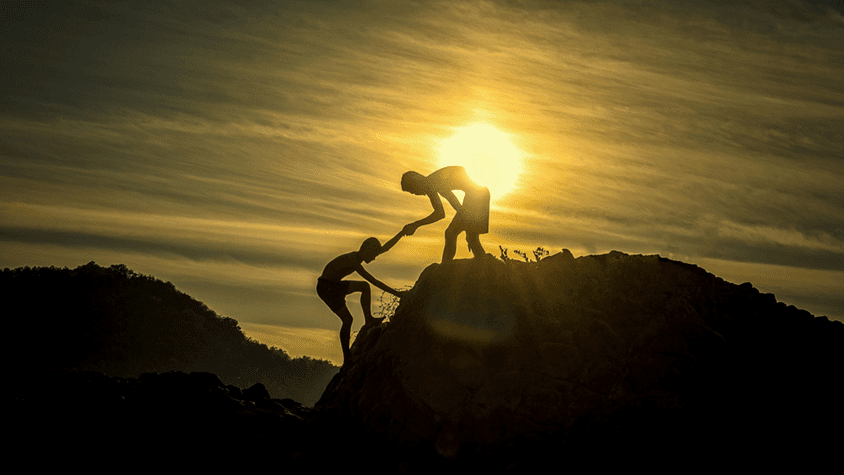 That leads us back to the goal of the plan: happiness. What is happiness? What makes someone happy?

As I’ve elaborated elsewhere, happiness is fulfillment of desires. And I mean “desire” to be construed broadly, encompassing wills, rules, and laws, even goals and their analogs.

Note that I’m not claiming fulfillment of desires is arbitrarily sufficient for happiness. That would, indeed, be excessively hedonistic. Some desires actually conflict with other desires. And some desires may even dynamically undermine even capacity to desire.

But I’m still claiming that fulfillment of desires is nonetheless necessary for happiness. That which cannot desire, cannot experience happiness. And that which experiences happiness, has such experience only relative to desire (perhaps a desired state of being or a desired circumstance), at least temporarily and partially if not sustainably or holistically. To claim otherwise would seem to be nonsensical, like claiming one may be a bachelor without being an unmarried man.

So happiness, I contend, requires desire fulfillment, not merely hypothetically but rather by definition.

In turn, desire requires or entails that which we might understand as individuated power, capacity, or agency. Fundamentally, I cannot desire if I don’t exist. And I exist, meaningfully, only to the extent that I’m individuated from and empowered relative to my environment and other agents. “Otherwise,” as Mormon scripture puts it, “there is no existence.”

The importance of agency is repeated throughout Mormon scripture, perhaps most notably in conjunction with stories of a premortal war. The Gods (yes, Mormon scripture equivocates on the unity and plurality of God) and premortal spirits counseled together on the creation of the world. Christ proposed the plan of salvation. And Satan proposed an alternative, which would suppress or revoke agency in order to marginalize or eliminate any risk of loss.

Innumerable times, I’ve heard fellow Mormons discuss this story with an attitude of simplistic dismissal toward the Satanic proposal. But I think they underestimate the appeal of trading away agency for assurance. I know many persons who sincerely question the overall value proposition or even reject the morality of the risk in our world.

In any case, as the stories go, the Gods and the majority of premortal spirits selected the Christian proposal. But the minority did not concede, and war ensued.

Nonetheless, when Mormon scripture describes postmortal spirits, it says, “the dead had looked upon the long absence of their spirits from their bodies as a bondage”. And Joseph Smith claimed that “all beings who have bodies have power over those who have not”.

But bodies generally die. Whether consequent to aging or accident or violence, innumerable bodies, human and otherwise, have died and yet will die.

But at least some of us, dead, living, and yet to live, desired or will desire to live. So, given that bodies generally die, resurrection is necessary in order to restore the power and potential for happiness that bodies enable. 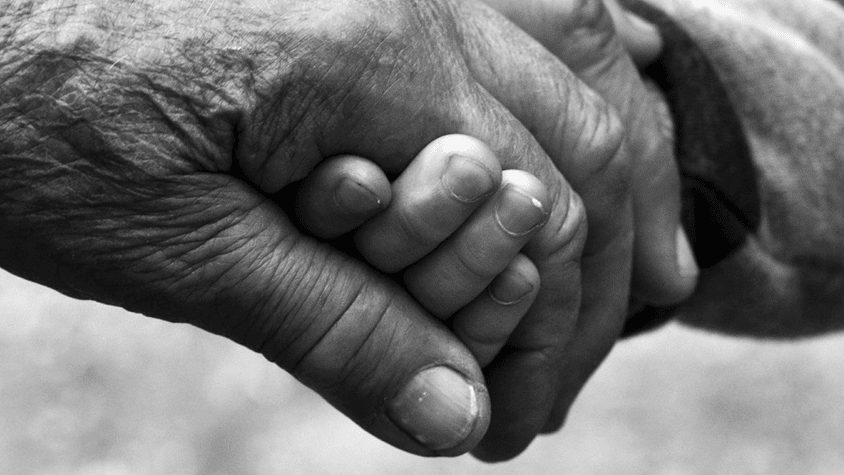 But again, why couldn’t or wouldn’t God create that which has no need for resurrection? Why didn’t God simply create immortals? While, according to Mormon scripture referenced previously, death is not in itself necessary, the possibility of happiness does necessitate risk of death. And, therefore, happiness necessitates some substantial extent of realization of that risk: actual death in practice.

This seems to me to be more of an experiential appeal than an existential appeal. In other words, the scriptures seem to be suggesting that experience of life necessitates experience of the risk of losing life, and perhaps even experience of the actuality of losing life. And while some organisms may live without experiencing that risk in various ways and to varying extents (reflecting differing degrees of anatomic capacity to conceptualize such risk), they likewise live without experiencing life in those same ways and to those same extents.

Consistency, then, would require that even God cannot experience life without experiencing risk of losing life. That may sound incompatible with Godhood. And surely an experience of risk is not commonly associated with immortality. But we can actually find, in the Mormon authoritative tradition, the idea that existential risk persists among immortals.

Notably, Brigham Young claimed on multiple occasions that the greatest gift of God, eternal life, is power to preserve identity. And he claimed further that those who preserve their identity would “contend against those principles which tend to death or dissolution,” which he described not merely as biological death but also spiritual death that would disorganize body and spirit to the such extent that it “will be as though they never had been” – total information loss, as it were. So, in such case, resurrection would be necessary at least as means of mitigating overall existential risk, which is inseparable from the experience of life and opportunity for happiness, even among the Gods.

But, going a step further, why couldn’t or wouldn’t God create that which has little need for resurrection? Why didn’t God simply create us as immortals in the same sense that God is immortal: a robust embodiment that, while still managing and experiencing the risk of death, has relatively low actual risk of death?

One possibility is security. When in the business of creating more Gods – not mere extensions of pre-existing Gods, but rather genuinely inter-dependent and authentically creative new Gods in their own right – it seems reasonable to proceed with caution. When cultivating new superintelligence, it seems wise to ensure at least existential compatibility, if not complementarity, with existing superintelligence. The alternative may be, and given enough time and space certainly would be, suicidal.

So resurrection may be necessary to enable recovery from the negative effects of security measures. And scriptures seem to suggest as much, repeatedly, when describing mortal life as a probation during which we are tried and prepared to receive glory, if we would endure the suffering of God.

That’s the gist of my perspective.

Those who wait around for Jesus to do all the work may end up disillusioned. After all, Jesus tells us to “raise the dead.” And lest you think he meant only that we should raise the dead to mortality, consider that his disciples tell us that we may reign with Christ during the resurrection and judge the world.

Moreover, Joseph Smith describes transfiguration as a “power which belongs to this Priesthood … to be revealed in the last times.” And Brigham Young describes resurrection as an “ordinance,” the keys of which “will be given to those who have … received their bodies again … to go forth and resurrect the Saints.”

In this fulness of times, when God is pouring down knowledge, maybe Christians should take Jesus more seriously. After all, what better way is there to learn to be like God than to emulate the acts of God?