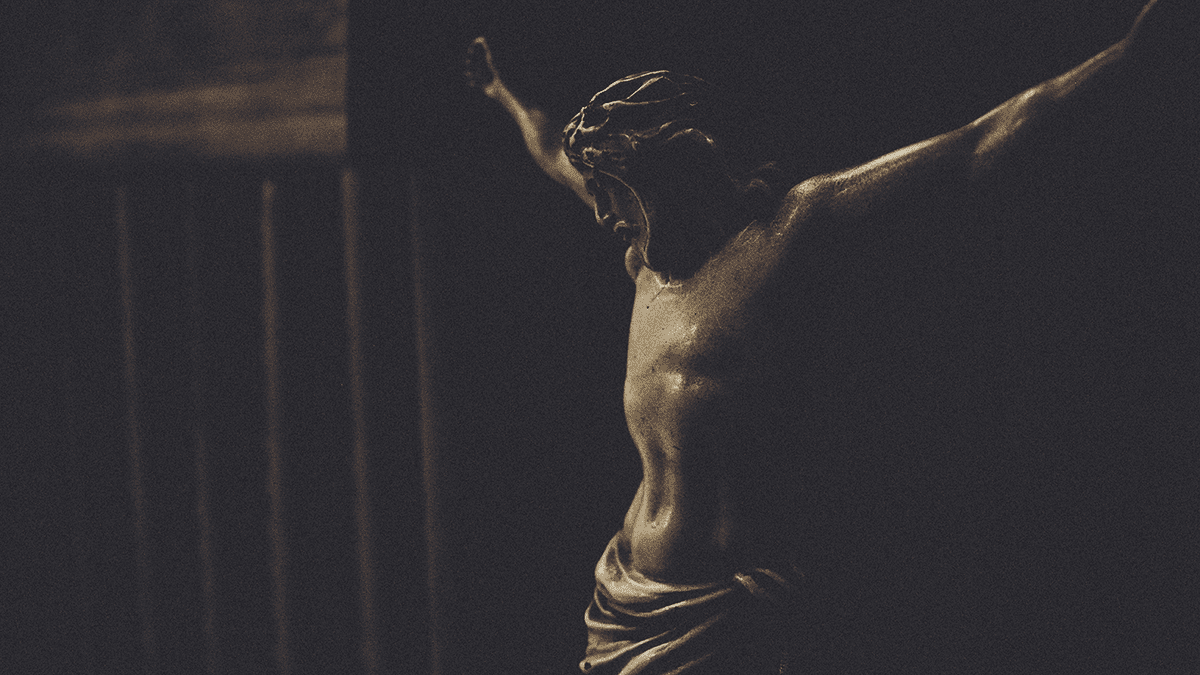 After reading some of my recent posts about the New God Argument, a Transhumanist friend wrote to me with some questions about the nature of God. He was raised as a Christian. And he’s been wondering how God as described in the New God Argument relates to God as described in traditional Christianity, and particularly to Jesus Christ. That’s a question I receive often. So I thought it would be helpful to share some brief thoughts about that here.

First, let’s contextualize why this is something that my friend and other Transhumanists may be concerned about.

Given some assumptions consistent with contemporary science and technological trends, the New God Argument demonstrates that trust in the superhuman potential of humanity is logically consistent only if we also trust that superhumanity probably would be more compassionate than we are now and probably created our world. Such superhumanity may qualify as God. And such trust may qualify as faith.

The New God Argument is particularly poignant (and therefore controversial) for Transhumanists because most of us strongly trust in the superhuman potential of humanity. But many reject faith in God. And the New God Argument stands as a strong criticism of that position. It demonstrates that atheist Transhumanism may be logically incoherent, depending on how broadly that atheism is construed.

When Transhumanists start to internalize this argument, they begin to wonder, like my friend, whether and how this relates to the accounts of God from traditional religions.

He asked, “Is the historical Jesus Christ from the future?”

Maybe. But not necessarily.

Personally, I don’t think so. I revere the historical Jesus as Christ. I also think the historical Jesus came from the same place that the rest of us came from: biological parents who descended from biological parents, who evolved from prehuman ancestors (who existed to some extent as information or “spirit” before that). What about the virgin birth? As I understand the scriptures, “virgin” describes a young woman – not someone who has never had sex.

My friend continued, “Is Jesus from a future Superhumanity coming back to give us instructions & teaching in our timeline?”

Again, although I don’t think so, it may be that the future can affect the past either through time travel or through more subtle mechanisms. I can’t disprove such possibilities.

The New God Argument does say something about the probabilities of our origins based on our hopes for the future. It observes that if we become superhumanity and procreate worlds that emulate our evolutionary history, then we almost certainly would not be the first or only to do so.

And yet my friend wondered, “Where does Jesus fit into all this?”

I revere Jesus Christ, as described in the Bible, to be the principal example of the kind of person that we should become. Christ is not Jesus’ last name. It is his role. And it is a role that, again according to the Bible, he not only exemplifies but also invites us all to participate in with him.

The function of that role is compassion: to console, heal, and raise each other. The function of Christ is, ultimately, to save each other from our greatest enemies: death and hell. Accordingly, Jesus invites us to raise the dead and to reconcile (become one or atone) with each other.

Jesus’ command is reflected in the heart of the New God Argument.

Finally, my friend commented, “I was brought up to believe that Jesus Christ is God - the Trinity. So when you say God, I think of Jesus.” And he asked, “Do Mormons believe in the Trinity?”

Most Mormons will tell you that we don’t believe in the Trinity. That’s technically accurate insofar as formal theology is concerned. But there are some ways in which Mormon theology resonates with Trinitarian thought to some extent.

There are many ways to describe God in Mormonism. Although we generally offer simple explanations like “God is our Heavenly Father.” It’s equally true that we consider other persons, notably Heavenly Mother, Jesus Christ, and the Holy Ghost to be God.

And, although the doctrine of theosis is not unique to Mormonism, we do emphasize it. Our scriptures attribute Godhood to some prophets, such as Abraham. And they teach that, as children of God, we all have potential to become God.

That sounds like polytheism. But it wouldn’t be technically accurate to call us polytheists for several reasons. And these reasons begin to illustrate some resonance with Trinitarian thought.

The first reason that we’re not polytheists is because we insist that, although the Gods are many, they are also one. We most commonly explain their unity as one of purpose. But our scriptures also suggest other ways in which the many Gods are one God.

For example, both the Book of Mormon and the Doctrine and Covenants explain that the Father and the Son are One Eternal God because they are roles that one person may fill simultaneously. They use Jesus as the principal example of one person who fills both roles (with the caveat that he had to progress into filling both roles). And they teach that we, too, may eventually fill both roles.

Another example is that our scriptures describe a power or influence that permeates time and space, referred to as the “light of Christ,” which unites everything in God. It’s a sort of panentheistic account of God (note that panentheism is not the same as pantheism, in that the former doesn’t merely equate God with nature but rather esteems nature to be an expression of God).

So God, in Mormon theology, is both one and many. And that may sound somewhat familiar to Trinitarians, even if there are significant differences too.

In conclusion, I’ll comment as I have before, that theology is not sufficiently appreciated among Transhumanists. It’s really too bad. Highly intelligent humans have engaged in theology for thousands of years, doing their best to imagine and articulate the nature of what we, today, might call superintelligence. And just as alchemy and astrology contributed to the emergence of chemistry and astronomy, so theology has contributed and yet will contribute to the emergence of a science of superintelligence.