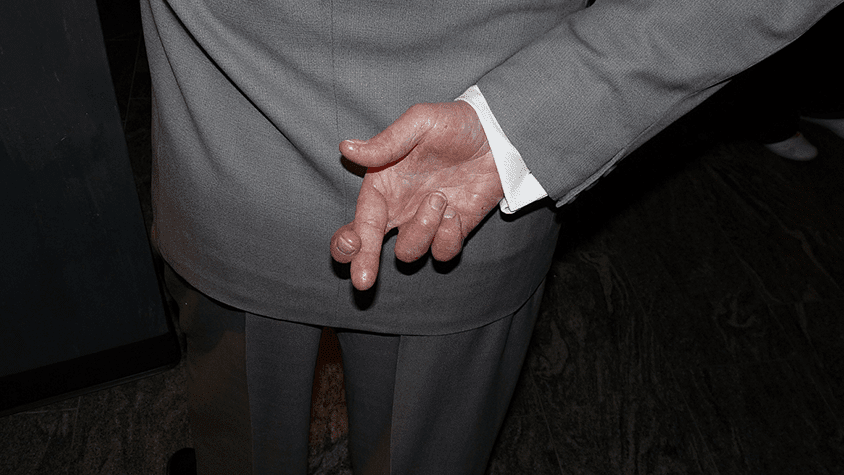 Wesley Smith at the National Review is writing about Transhumanism again. And again, he’s misrepresenting Transhumanism and its relationship with religion. These misrepresentations are not the only problems with his latest article. For example, he’s also engaging in poor reasoning about the potential of brain emulation and the nature of consciousness. But I’m going to ignore the technical topics (where Wesley is easily excused) and focus on the ideological topics, where Wesley should know better.

Christianity Does Not Entail Immaterialism

Wesley observes that Transhumanists aspire to immortality in the material world. He’s right, at least in regards to the aspirations of most Transhumanists. But then he goes on to say that such an aspiration would give “new meaning” to the words of the apostle Paul. Here are the words to which Wesley is referring:

Wesley doesn’t come out and state, explicitly, what he thinks the true meaning of Paul’s words would be. But he implies that it would be immortality in the immaterial world. Why does he think that? I can only speculate. But maybe he has in mind the preceding sentence in Paul’s epistle:

“I declare to you, brothers and sisters, that flesh and blood cannot inherit the kingdom of God, nor does the perishable inherit the imperishable.”

But it’s a logical fallacy to reason that not-flesh-and-blood implies immaterial. There are innumerable material things that are not flesh and blood. For example, some Transhumanists imagine that immortality may be possible in bodies that are computational substrates for emulated brains. Such bodies would remain quite material, but they wouldn’t be flesh and blood – at least not as we presently know flesh and blood, although they could incorporate emulated flesh and blood.

Moreover, and perhaps most surprisingly to advocates of immaterialist interpretations of Paul’s words, both flesh-but-not-blood and blood-but-not-flesh are not-flesh-and-blood. That’s how the logic works. This may seem like a tedious observation at first. But there’s actually a Biblical reason why this matters.

When the the resurrected Jesus (yes, the immortal version of Jesus) appears to his disciples in Luke 24, the disciples are afraid. Why? Because he just appears among them. So they think they’re seeing a ghost. Responding to their fear, Jesus says:

“Why are you troubled, and why do doubts rise in your minds? Look at my hands and my feet. It is I myself! Touch me and see; a ghost does not have flesh and bones, as you see I have.”

Do these words contradict Paul’s claim (written chronologically before the text of the Gospel of Luke)? Is the Bible being inconsistent here? No. Note carefully the word selection. The immortal Jesus says he has “flesh and bones.” Paul writes, “flesh and blood” cannot be immortal. Logically, these statements are consistent. Luke is not contradicting Paul. And it’s both reasonable and entirely Christian to think that Luke may be clarifying Paul.

So who is giving new meaning to the words of the apostle Paul? Luke? Or Wesley? In either case, Transhumanists are in solid Christian company with Luke.

Transhumanism Does Not Entail Atheism or Apostasy

Wesley goes on to claim that most Transhumanists are atheist, “with a scattering of agnostics and apostate religionists thrown in.” This statement is wrong in two ways. First, most Transhumanists probably are NOT atheist. I’ve watched polls of Transhumanist demographics for many years. I’ve only ever seen a minority of respondents identify as atheist. Historically, most have identified as agnostic or non-religious. And the proportion of religious Transhumanists has increased persistently over time.

Wesley loves to reference Zoltan Istvan whenever he writes about Transhumanism. That’s because Zoltan is a convenient target for Wesley’s audience. Zoltan has a history of equivocating between Transhumanism and atheism, as well as a history of sensationalist and indiscriminate attacks on religion. If you’re a conservative Christian, you can hardly ask for a better foil than Zoltan. Zoltan sells conservative Christian fear-mongering.

As it turns out, though, despite his high profile, Zoltan is not representative of Transhumanists in general. He is a controversial figure. When Zoltan ran for president, and used antireligiosity as a tool to garner attention, I organized a group of Transhumanists to disavow Zoltan’s candidacy. That group included several notable and influential Transhumanists. Our respective reasons for disavowing Zoltan’s candidacy varied, but we shared a common concern with the manner in which Zoltan represented us.

Maybe Wesley simply means that religious Transhumanists are apostate from HIS version of religion. If so, yes, we are indeed. And thank God for that! Based on past interactions with Wesley, I know he considers himself an “orthodox Christian” (or at least once did). But make no mistake, he’s not what most of the world would call an “orthodox Christian.” He’s not an advocate of interpretations from the eastern branch of Christianity. Rather, what he and others like him mean by “orthodox” when referring to themselves is, functionally, that they’re right. The rest of us aren’t orthodox because we’re wrong. It’s typical sectarianism.

As I recall, again based on past interactions, Wesley would have you believe that his self-assessed rightness is also objectively based, at least in part, on the numerical advantage that American Christian conservatives have over, say, Christian Transhumanists. But there are FAR more Orthodox Christians in the East than there are Christian Conservatives in America that consider themselves orthodox. And the more numerous orthodox would probably consider Wesley apostate. So much for apostasy.

Transhumanism Does Not Entail Amorality or Egocentrism

Next, Wesley charges Transhumanists with arrogance. Why? Because, in his characterization, we reject moral consequence. Okay. So Transhumanists, like “orthodox Christians” and every other class of humans, can be arrogant. No sense denying that. But is that vice actually entailed by the Transhumanist ideology? No. It is not. And Wesley’s claim that Transhumanism eschews moral consequence is, quite simply, wildly unfounded.

Here’s a solid definition of Transhumanism: advocacy for the ethical use of technology to extend human abilities. Most self-identifying Transhumanists would be okay with this definition. And it’s consistent with the Transhumanist Declaration, which many Transhumanists esteem to be a good outline of the core principles of the ideology.

A key component of this definition is “ethical.” Transhumanism is not merely technological cheerleading. It is as much about identifying and mitigating risks as it is about pursuing opportunities. In other words, Transhumanists, at least in word, care as much about consequence as anyone else who claims to care about ethics.

Moreover, there’s nothing in the definition of Transhumanism that entails egotism. Wesley wants you to believe that a Transhumanist must be in it just to serve one’s self. But unfortunately for his case, there are numerous Transhumanists who passionately talk about and persistently act on an interest to extend human abilities for altruistic purposes. And many of us even consider egotism to be not only incompatible with ethics generally, but also a serious risk to our shared future as technology continues to distribute power to individuals at unprecedented magnitudes – egotism may become a global catastrophic risk.

Finally, here’s the intractable problem for Wesley – he suggested an intractable problem for Transhumanists, and I have one for him. Wesley already knows, or should know, most of what I’ve written here regarding his mischaracterizations of Transhumanism. He should know that he has persistently misrepresented us. I and others have explained it to him before, repeatedly. He has apparently ignored us before, repeatedly. Why? I believe Wesley has ignored us because it’s far too inconvenient for him to acknowledge the truth. His work and reputation depend on cultivating and perpetuating a bogey man. He should know better. He should be YEARS beyond the point of innocent misunderstanding. But he proceeds with what appears to be intentional deception. And that is the definition of lying.

Say it’s not so, Wesley.