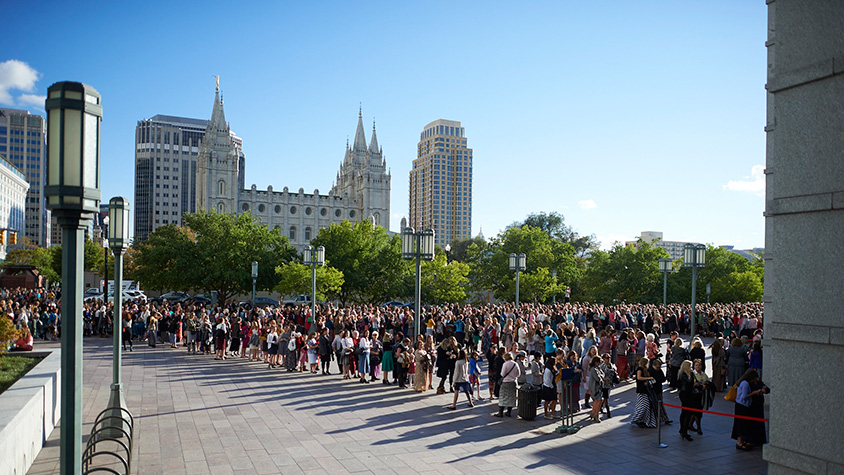 In the spring and fall of each year, The Church of Jesus Christ of Latter-day Saints holds its annual general conference. Hundreds of thousands of Mormons converge on Salt Lake City for two days of sermons from top leaders of the Church, which with around 16 million members is by far the largest Mormon denomination in the world. The most recent conference was held yesterday and today.

Below are 59 thoughts, from me and others, that I collected as I watched October 2016 General Conference. The thoughts range from affirmations to criticisms, and from questions to assertions. I intend them to provoke reflection, questions, and comments, and to contribute to a meaningful engagement with the ideas generally.