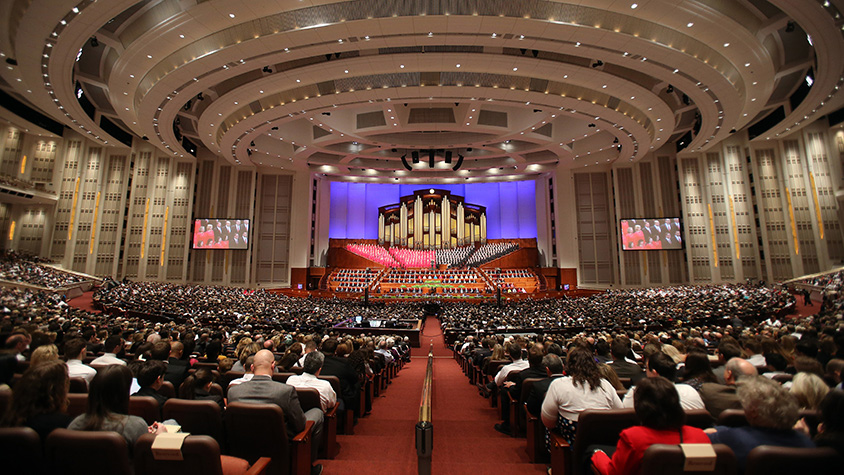 Each spring and fall, The Church of Jesus Christ of Latter-day Saints (the largest Mormon denomination) holds a worldwide conference. For ten hours over two days, top leaders of the Church speak in-person to over 20,000 members gathered in a conference center in Salt Lake City, and via Internet and television broadcast to a much larger audience (probably in the millions) gathered in homes and church buildings around the world. The most recent conference was held yesterday and today.

Below are 90 of my own thoughts as I watched October 2017 General Conference. As is my custom, the thoughts include observations, and range from affirmations to criticisms, and from questions to assertions. My intent is to provoke reflection, questions, and comments. I feel this is essential to meaningful engagement with the conference, which is something I value as a member of the Church.