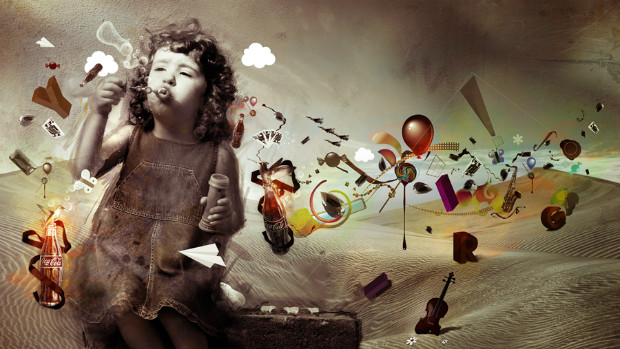 Sometimes atheist Transhumanists ask me, “What do imaginary sky masters have to do with Transhumanism?” Of course there’s an appeal to ridicule in the question, so it’s not exactly a shining model of rational engagement. But underlying the ridicule is a real question worth addressing. Here’s my answer.

So there you go. That’s what imaginary sky masters have to do with Transhumanism for me and other theist Transhumanists like me.

God may be only a metaphor for some religious Transhumanists. However, so far as I’m concerned, “God” is a way of describing superintelligent posthumanity in accordance with my religious tradition. Of course, God is also a posthuman projection, and we may describe God in more ways. But God is not merely a metaphor for me.

Further, the atheist Transhumanists sometimes contend, “But that’s not what anyone means by ‘God.’”

That’s an ad populum fallacy of course, but such apotheism is in actual fact what I and many others DO mean by “God.” And while apotheists are not the most numerous, we have far more precedent than many others seem to think. For example, in addition to Mormonism, there is a substantial apotheistic tradition in Christianity generally and even in Catholicism specifically.

“Well, why not use a different word?” wonder some atheist Transhumanists.

We should certainly do our best to make clear what we mean, both how it’s similar to and different from other meanings of “God.” However, to relinquish “God” entirely would be to privilege fundamentalist notions of God. And that feeds the risks of religion rather than mitigating them, granting to fundamentalists a substantial historical accumulation of cultural capital and esthetic weight that, so far as I’m concerned, they do not deserve, and that they would use to destructive ends.

Further, by using “God” honestly and persistently, we can build from common beliefs toward common understanding, as exemplified in Mormon scripture. In my experience, this works far better than beginning a relationship with ridicule, demonization, or even emotionless rejection of another’s starting beliefs.

In the end, though, you’ll call what I’m describing here whatever you want. So will I. And what will matter more is whether and how we seek to understand better what the other means, so that we can work together more effectively to become …

Imaginary sky masters? That’s unlikely to be an effective way of communicating with most theists. But, hey, if you insist then I can work with it.